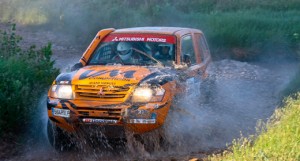 The longest single day race in Europe was the Baja Tierras del Cid and was disputed the last Sunday in Lerma in the province of Burgos in Spain.  This race remembers the old style Baja with 600 kilometers “Non stop”.

The winner was Enrique Reyes and Augusto Roch with a T2 Mitsubishi Pajero with more than 15 minutes ahead of the former Spanish rally raid champion Manuel Plaza who finished second with the small but powerful Polaris RZR900. The third team at the finish line was the Argentinean Ariel Jaton and Edu Blanco with the Toyota Hilux. Ariel use to be the engineer of 4WD Jaton Racing, but this time he takes the seat of Mark Blazquez who could not compete on this race. 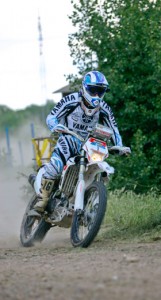 2011’s edition of Baja Tierras del Cid was very hard for all the teams and only 14 cars of 38 were able to finish the Special Stage of 600 kilometers.

On two wheels, Marc Guasch (Yamaha 450) was the winner on the 300 kilometers stage, for security reasons the bikes and quads had a shorter stage. Guasch stopped the clock with 3:48:18. The second was Mario Gajón with KTM and the third César Valcarcel (Yamaha WR 450) 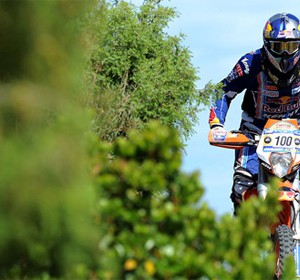 Second on the first special of the day, 16 seconds behind Marc Coma, and fourth on the second special (at 1’26), Cyril...
Copyright 2011-2016 Rallyraid.net - RISE Network. All Right Reserved.
Back to top