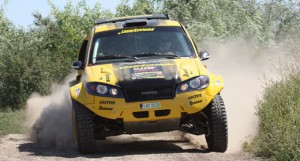 Sólyom Team prepares for its next cross-country rally event, Balkan Offorad Marathon, with great expectations. The eight day rally that starts on 3 September will be hosted by the Bulgarian town of Kardzhali but the competitors will also visit Greece for one day.

After their 5th place in Evia the crew of Sólyom Team, Olivér Sólyom and Mátyás Galbács are on 9th place in the Albanian-Greek-Bulgarian Cross-country Rally Championship and they want to climb up in the classification after the Balkan Offroad Marathon. For this, the service team has to develop or reconstruct the most possible things in the best possible way on the racing car.

The reconstruction works on the racing car based on the experience gained at the Evia Rally Raid are close to be finished. The mechanics most of all redesigned the cooling system of the HAWKIA completely to avoid overheating of the engine, their second task was to mount a new engine and modify it according to the needs. Some other minor changes have also been made: the front bumper, the armour plate, the ventilation of the cockpit, the system of onboard devices and the power transmission system have been modified. 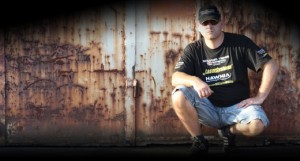 Olivér Sólyom: “After Greece the great Bulgarian challenge, Balkan Offroad Marathon is approaching. This will be the longest rally of our season with its 899 kilometres of specials of 1140 kilometres of total length. Quite a few things had to be modified on the car but I am calm as everything has been or will be finished on time. We plan two tests, one this weekend and one just before leaving for Bulgaria. Between the running-in of the new engine will be completed to avoid any problems with that. I expect a very exciting and demanding rally. Watching the photos and videos I think we have to pull up our socks!”

Another successful test-drive for the Pewano Team 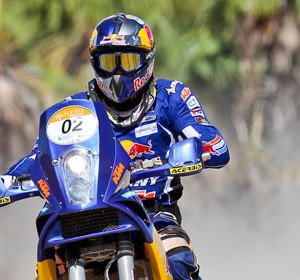