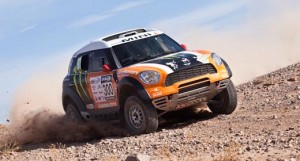 On Tuesday evening, following the second stage, Team X-raid around Team manager Sven Quandt opted for pulling out the MINI All4 Racing of the Portuguese pairing Ricardo Leal Dos Santos / Paulo Fiuza. During the course of the first two special stages, the two MINI All4 Racing vehicles of Nani Roma (ESP) / Michel Périn (FRA) and Leonid Novitskiy (RUS) / Andi Schulz (GER) also had been forced into retirement by technical failures.

The team detected basic problems with the external oil pump that just couldn’t be solved on site. To avoid damaging its third MINI All4 Racing seriously, the team opted for pulling the car out of the event. Meanwhile, the pairing Duo Boris Garafulic (CHI) / Gilles Picard (FRA) will keep on contesting the rally with its Vision Advisors BMW X3 CC.

X-raid Team manager Sven Quandt: “Yesterday evening we came to the conclusion that pulling the third MINI All4 Racing out of the race was the best solution. We didn’t want to risk damaging car or engine seriously and this could have been the result if Ricardo had continued. We know the problem but unfortunately, solving it on site, in Morocco, is impossible. At the same time, Boris will continue the rally; he has got another pump setting in his BMW.” 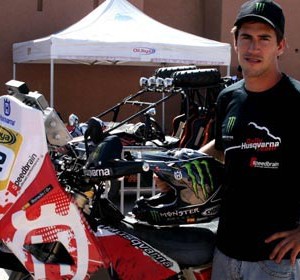 Joan Barreda, on his debut in the team HUSQVARNA MONSTER by SPEEDBRAIN has achieved a clear victory in the first stage between...
Copyright 2011-2016 Rallyraid.net - RISE Network. All Right Reserved.
Back to top