Joan Barreda, on his HUSQVARNA 450 RR by SPEEDBRAIN, starts the special into the 6th position, being placed immediately among the fastest drivers of the day and finishing the stage in third place at 2:33 behind Marc Coma and 1:14 of Cyril Despres, first and second respectively. 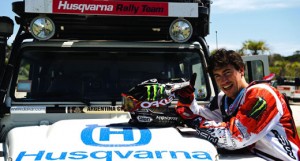 In the first half of the stage fast and dusty tracks that Joan did keep waiting, but oncepassed the point of refueling the race has entered a more twisty and technical area, where the rider from Castellón has begun to recover time and has overcome at last, and without risk, to one of the riders that preceded and was slowing its pace.

The last 60 km on Nihuil dunes have been the ideal setting to implement one of the strengths of Joan: navigation, which coupled with his mastery of this sandy surface have provided a final sprint in which has managed to close the gap that led him to enter Francisco Lopez third in the goal.

This is the second Dakar in the history of Joan Barreda after its debut in 2011 in which he was forced to retire on stage 2.
Barreda had demonstrated at the last meeting of the International Rally Championship calendar in Morocco, in his debut with the TEAM HUSQVARNA bySPEEDBRAIN, its clear progression wining two stages and leading the race.

Tomorrow stage between the cities of San Rafael and San Juan, with 561 km of which 270 will be timed, in a special that will cross the Andes and where a river crossings and winding tracks will be a tough race.

Barreda: It’s an incredible experience to be riding amongst the leaders and following guys like Coma, Chaleco or Jakub, because you have to ride fast and you learn a lot. I’m overjoyed. At the end, I eased off a bit, because my aim is to finish the Dakar and I didn’t want to have a crash on just the 2nd day, but I’m really happy with how I rode today. 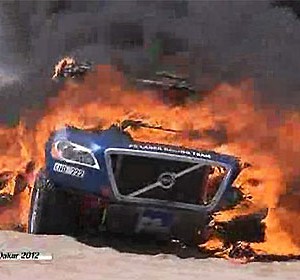 The Swedish team Pewano never got the chance to show their full capacity during the world’s toughest race – the 2012...
Copyright 2011-2016 Rallyraid.net - RISE Network. All Right Reserved.
Back to top