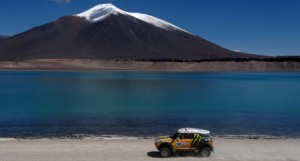 Although the day’s stage had to be cancelled, the competitors of the Dakar 2012 were able to cross the Andes Mountain Range in convoy. The bikers opening the road crossed the Paso San Francisco pass in icy temperatures of -8°C.

Welcome to the southern hemisphere’s summer. In Mar del Plata, the newcomers to the rally in Argentina perhaps discovered that in the southern hemisphere, January is synonymous with summer. Several days later, they also found out that in the heart of the heat-wave season, you can also come across snow storms and have to deal with the closure of road passes. Two days before the climb up to the Paso San Francisco pass, the first news about the bad weather conditions filtered through to the organisers of the Dakar. As the hours passed, the situation became worse in this region of the Andes Mountain Range, making it more and more unlikely that a special stage could be held on the planned route, in a state of deterioration following the assaults of the snow and rain. More importantly, on 5th January, the Chilean authorities informed the organisers of the Dakar that the border post located after the Paso San Francisco pass had been closed. Since the that road climbs to a height of 4,700 metres (and, if that was not enough, descends along hairpin bends on the Chilean side) had become too dangerous for the riders and crews on the rally, the decision to cancel the stage was taken at the end of the afternoon and announced to the competitors during a general briefing at 9 PM. They were convened at 8 AM for the departure of the convoy, hoping that the sky would be on their side. 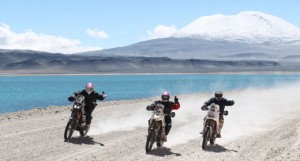 With encouraging weather conditions in the early morning, the convoy was able to leave Fiambala on time. Several trucks from the rally’s logistics service served as scouts, whilst the bikes were summoned first to tackle the climb over the Andes. Every half hour, organisation team vehicles and ambulances were incorporated into the convoy to make it more fluid and enhance its safety. At approximately 10 AM, the first competitors reached the mountain pass, where the temperature was slowly rising, from -8°C nonetheless. These were the main steps of “Operation Guillaumet”, named by Etienne Lavigne in homage to an aviator who survived an accident in this very same mountain range.

On crossing the border, a route to avoid the zone affected by the bad weather had been set up. The competitors headed much further north to Diego de Almagro, before arriving in Copiapo. In total, the vehicles travelled approximately 200 kilometres further than the initially planned 641 km to reach the bivouac. Although the stopwatches were tidied away today, sport will be given pride of place tomorrow, with a loop of 573 km that could enter into the annals of the rally. 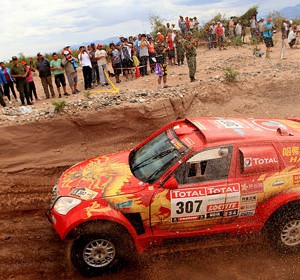 In a stage that was not so difficult as most of the competitors expected it to be, especially due to the famous white dunes...
Copyright 2011-2016 Rallyraid.net - RISE Network. All Right Reserved.
Back to top