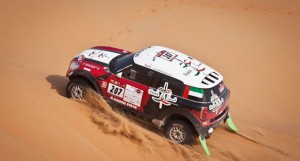 Just slightly more than a week after the FIA World Cup round in Abu Dhabi, Team X-raid is going to race its next rally. The Trebur based team will be represented in the Sealine Cross Country Rally, held from 17th to 21st April 2012 in Qatar, by three vehicles. For Khalifa Al-Mutaiwei (UAE) and Andreas Schulz (GER) in the MINI ALL4 Racing, this event also represents their third FIA Cross Country Rally World Cup appearance in 2012. Meanwhile, Saudi Arabia’s Yazeed Al Rajhi, who won the Hail Rally 2012 a month ago, will once again race a MINI ALL4 Racing together with his Portuguese co-driver Filipe Palmeiro. And the two Russians Ilya Kusnetsov and Roman Elagin will contest the event in Qatar with a BMW X3 CC – just as last week’s Abu Dhabi Desert Challenge. 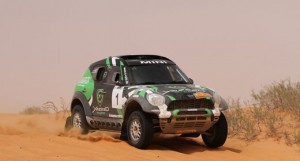 For Al-Mutaiwei, adding further points to his FIA World Cup tally represents the No 1 priority, in Qatar. Having finished seventh in the Baja Italy and second in Abu Dhabi, he currently holds second position in the World Cup standings – behind Jean-Louis Schlesser. After Al Rajhi won the Hail Rally, he will give his very best to once again secure a top result. Kusnetsov contested the Abu Dhabi Desert Challenge for the first time at the wheel of a BMW X3 CC. Unfortunately, the Russian rolled the car in the early stages of the event but afterwards, he impressed by finishing third in two legs.

But the X-raid team drivers will have to keep an eye not only on their competitive team-mates. Jean-Louis Schlesser, Al-Mutaiwei’s toughest rival in the battle for the World Cup title, is also taking part in the event with his buggy. And in addition, 2011 Dakar winner Nasser Al Attiyah and Argentinean Lucio Alvarez will start as well in Qatar.

The Sealine Rally will start on Tuesday, 17th April, with a 4.2-kilometre ‘Super Special’. On the following days, the drivers will have to complete four legs across Qatar, representing a total mileage of about 1.230 kilometers. 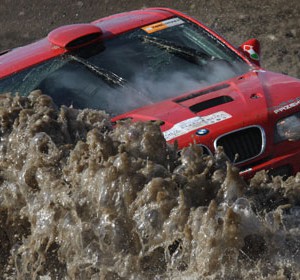 Now just hours left until the start of the 2012 season of the UEM European Championship , for the first time in Hungarian...
Copyright 2011-2016 Rallyraid.net - RISE Network. All Right Reserved.
Back to top