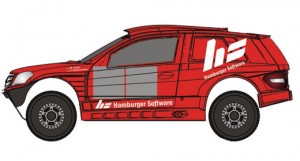 On the 2012 Silk Way Rally, the successful German buggy crew Matthias Kahle and Thomas Schünemann will for the first time tackle a major rally raid in a 4×4 prototype. Having won the buggy class on both the Silk Way Rally and the Dakar twice, Kahle/Schünemann will now aim for even higher glories. The team known as “HS RallyeTeam” will enter one of the SAM prototype cars which Nasser Al-Attiyah took to victory on the Qatar International Rally in November 2011. On the Silk Way Rally, the car will be equipped with an all-new engine, a three-litre single turbo Mercedes V6 engine giving 310 bhp and 730 Nm. The same car will also be used on next year’s Dakar.

Kahle and Schünemann have started their career in rally raids on the UAE Desert Challenge back in 2004. Since then, they have entered thirteen events and won their class in six of them. The German crew has been regular participants on the Silk Way Rally, they have taken part in all three events so far. “We are looking forward to the Silk Way Rally not only because it is a great challenge but especially since we will drive in the prototype class”, explains navigator Thomas Schünemann. Matthias Kahle adds: “Over the last years, we have realised that you cannot get any higher in a buggy than our tenth place overall on the Dakar 2011. Thus it was only logical to do the next step and change to a 4WD prototype. I have done most of the testing of the SAM prototype over the last years. It is a great car with a lot of potential and we hope to score a good result in the Silk Way Rally.” 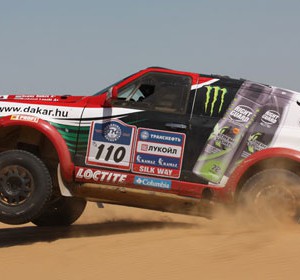 After finishing 10 on the 2011SWR, despite fuel problems, Balazs Szalay is back this year to take on the Russian tracks with...
Copyright 2011-2016 Rallyraid.net - RISE Network. All Right Reserved.
Back to top