Defending champions in the car category, Team X-Raid today announced it will not take part in the 2012 Silk Way Rally. A regrettable decision due to technical difficulties with the air filter of the Mini, which now paves the way for several entries to race for the win.

«I must admit how disappointed I am to not be able to enter two of our Minis in the 2012 SWR, as was previewed », says Team X-Raid director Sven Quandt. «In fact, we have just completed testing in Morocco, where we discovered a problem with the air filter, which allowed too much sand to pass. Thus, the 2013 version of the engine that we tested suffered a lot and is not race ready. We will not have a new 2103 engine before mid-July at the earliest, which makes it impossible for us to line up for the departure in Moscow on July 7. And believe me, I really regret this because, beyond the sporting aspect and the deisre to defend our title, the SWR is an important part of our preparation for 2013 Dakar.»

«Our original plan was to race in the SWR with two cars, one doted with a 2012 engine and the other with the 2013 power plant, in order to compare the performance levels and also to do further work after the race with the Dakar in mind », continues the creator of the Trebur based team. «The Silk Way would have been an ideal contiuation of our testing in Morocco. Unfortunately, the test in Morocco didn’t go well and we do not have another 2013 version of our engine. To compete in the SWR with just one Mini, powered by a 2012 engine would not make any sense. This is the first time that X-Raid has had to cancel its participation in a race for technical reasons. It is a decision that I regret, but I have no other choice.»

This decision, as regrettable as it is, opens the door for several entries to race for the win on the 2012 SWR, because the absence of X-Raid, which had 5 cars in the top ten of this year’s Dakar, gaurantees a tightening of forces in the car category. This is an opportunity experienced rally-raid competitors Jean-Louis Schlesser, Christian Lavieille, Eric Vigouroux, Ronan Cabot, as well as Argentina’s Lucio Alvarez or Russia’s Boris Gadasin and Ilja Kuznetsov will try to capitalize on… This will not doubt assure a fantastic battle ! 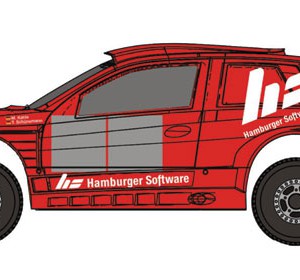 On the 2012 Silk Way Rally, the successful German buggy crew Matthias Kahle and Thomas Schünemann will for the first time...
Copyright 2011-2016 Rallyraid.net - RISE Network. All Right Reserved.
Back to top