Very, very few days left to Sardegna Rally Race’s beginning. Games over, you would think.  But you’re wrong. The most attractive side of Rallies is that games are never over. Do you have any idea of how many items come into play in a Rally? Do you? No, you don’t. 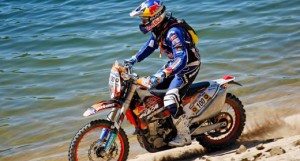 Unless you have already organized a Rally, you cannot have a precise idea. It’s a huge engagement, studded with unexpected traps; it’s very hard to keep up with all the things to do in order to let the Rally begins properly. But why this? Why engaging in this hard and complex adventure? The answer is now simple:  because Rallies are the most beautiful races in the World. The more challenging and complex they are, the most beautiful they would be. This information is valid for the organizers but also for the Riders, because they will join the best part of this complexity: the competition.

This must be the reason why over hundred fine connoisseurs are going to take part in SRR’s fifth edition. Bike Village has recorded an increase of registrations (to be exactly calculated) which can be considered as the opposite of the dramatic motorbikes’ sales inflection (but offroad motorbikes are a sort of lifesaver).

All the speciality’s champions (Cyril Despres, Marc Coma and so on) and the World Champions Helder Rodrigues and Camelia Liparoti will be there. All the best Italian pilots (Graziani, Mancini, Zanotti and so on), rising stars like Joan Barreda will join too.

The possible outsiders’s list is difficult to be defined, but it includes Jakub Przigonski, Paulo Gonçalves, the entire Bordone-Ferrari Team, Israel Escalera.

A great number of Italians pilots but also many riders from all over the World will be at Sardegna Rally Race: from Spain, Portugal, France, Poland, England: countries that have an historical presence to the Rallyes. But also riders from South Africa, Brasil, Chile, Venezuela, Uruguay and India and many other Countries.

That’s with pleasure that once again we remind that Stephane Peterhansel will join SRR. He is back on his bike not for demonstrating purposes but just for fun, just because he and his mate Andrea Mayer like Sardegna Rally Race. The French Champion still likes a lot riding bike, and he likes Sardegna with its scenery and breathtaking landscapes.

It’s now worth to slip into rhetoric just to assert that Sardegna Is really a Paradise that can fire the imagination. Lots of paths leading to dizzying mountains, charming valleys. Every path, just like every SRR’s stage, leads to the seashores attracting millions of turists.

From June the 24th, to June the 28th you will experience paths largely unknown but always fascinating: five stages in the most beautiful Sardegna’s sceneries.

Compulsory “stop” between San Teodoro (Bike Village and  Sardegna Rally Race’s head quarter) and Arbatax; two ring-stages starting and arriving in the same place and leading riders back to seashores. Just one out of the five stages ends in Sardegna’s inland: it arrives in the suggestive scenery of Sa Itria’s shrine that this year again will host the night of SRR’s marathon stage.

Antonello Chiara and Gianrenzo Bazzu, Sardegna Rally Race and Bike Village founders, try to think about everything and everyone. Rally should be a top-level competion but also a cheerful event.

The organizers are thinking about wives, girlfriends, riders’ mums and dads, friends: they should be welcomed properly, with the characteristic Rally’s hospitality.

This year there will be two Challenges: the first one is named “Paradise Resort Punta di L’Aldia”: it’s a prize dedicated to the first three amateurs (or over-50), those who have never entered into Worldchampionship or Dakar top standings. They will be awarded with a registration-fee refund (the first classified) and  two one-week holiday in San Teodoro (the others).

The second Challenge is named Bike Village NPO: it’s dedicated to the best Under 25 Rider taking that will conclude the Sardegna Rally Race. The rider will be awarded with the participation to Baja Maroc.

One more thing: a very special guest will animate the first days of the event. As a friend of the Organizers and a lover of the Sardegna Rally Race special atmospheres, motocross Champion and superstar Tony Cairoli will be there! 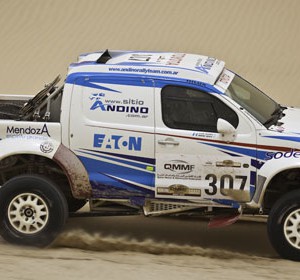 The Belgian Overdrive team will, in fact, line-up for the start in Moscow on July 7 with the promising young Argentinean...
Copyright 2011-2016 Rallyraid.net - RISE Network. All Right Reserved.
Back to top