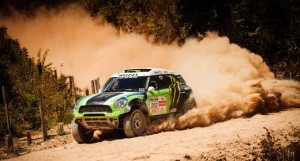 X-raid’s streak of success continues: following the win in the Dakar Series round held in Argentina and after having taken the lead in the FIA Cross Country Rally World Cup, the Trebur based team now celebrated its first win in the Brazilian Rally dos Sertões – courtesy of French pairing Stéphane Peterhansel / Jean-Paul Cottret and their MINI ALL4 Racing. In the end, they won the event with a 23-minute lead over the runner-up, Brazilian Guilherme Spinelli in a Mitsubishi. Brazilian’s Riamburgo Ximenes / Flavio França took their BMW X3 CC to third place in the overall rankings, thus completing the success of X-raid Team.

In the opening stages of the 10-day rally, it didn’t look as if Peterhansel would be able to dominate the event, at the end of the day. Following his win in the prologue he had to settle for finishing fourth in the first special stage. But one shouldn’t forget that the race organisation had to shorten the special stage as the cars were stopped by a too deep water crossing. In the following stages, the Frenchman and Brazilian Guilherme Spinelli in his Mitsubishi fiercely battled it out for the overall lead. From the fifth special stage, however, Peterhansel proved to be invincible. He secured special-stage win by special-stage win, thus increasing his lead over Spinelli day by day.

On the final two days, Peterhansel opted minimising the risk by a more conservative approach and so, he finished third and fourth, in the ninth and tenth special stages. Nonetheless, the MINI ALL4 Racing driver won the rally with a 23:33-minute lead over Spinelli. 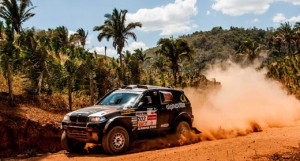 Riamburgo Ximenes in the BMW X3 CC also delivered in great style. With two special-stage wins under his belt, he finished third in the overall rankings, at the end of the 10-special stage event. Only twice, the Brazilian failed to make it to the top three. In four special stages, Ximenes finished runner-up and on the ninth and tenth days he even upped the ante by celebrating two special-stage wins!

“Following several appearances in the Dos Sertões, we finally succeeded in winning the rally, this year,” said Team Manager Sven Quandt. “Stéphane once again did a great job – and the performance of Riamburgo also was extremely good. After all, he secured two special-stage wins and made it to the top three on nearly every day.” 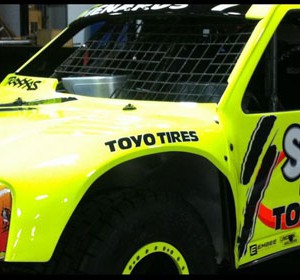