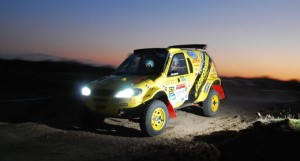 The 16th edition of Santa Claus Rally welcomed the teams and spectators with extremely windy and cold weather in Veszprém. But this didn’t matter, almost one hundred cars took the start on the tracks of Szentkirályszabadja and Litér.

After the compulsory administrative and technical procedures and, of course, the recos of the track on Saturday, five short and fast specials awaited Sólyom Team on Sunday. Moreover unfortunately there was a long waiting between the specials so the crew lost the rhythm several times and the car got cold again and again. At the middle of the first special the fourth and fifth gear disappeared from the gearbox of the HAWKIA so the top speed of the car decreased to 90-100 km/h. Still the crew, Olivér Sólyom and Mátyás Galbács is satisfied with the 56th place overall and 5th place in their category. 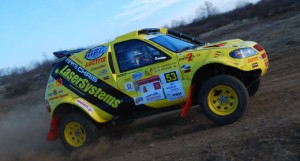 Olivér Sólyom: “Altogether it was a very pleasant rally. Unfortunately we had to wait a lot at the start of the specials, because of accident or because of traffic, and meanwhile the engine got cold, the tyres, the shocks, so the whole car. Trying to go fast with the cold car was an interesting stumbling… We had our share of technical problems as well, one of the problems was solved quickly, but the other remained. The water stub of the radiator broke, we had to replace it, and that was all. But the problem with the gearbox was a more difficult problem to solve. All of a sudden, the fourth and fifth gear disappeared. The fourth came back occasionally, but basically it didn’t work. We don’t know what’s the problem but one thing is clear: the new gearbox didn’t equal to our expectations. So our main task for the winter will be to invent and build a gearbox that works. I’m very happy to have participated in the Santa Claus Rally, it was good fun. The support of the spectators and fans frozen trackside meant a lot to us. We wish them Merry Christmas and a Happy New Year full of rallies!” 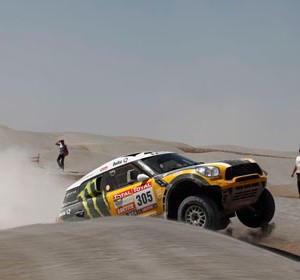