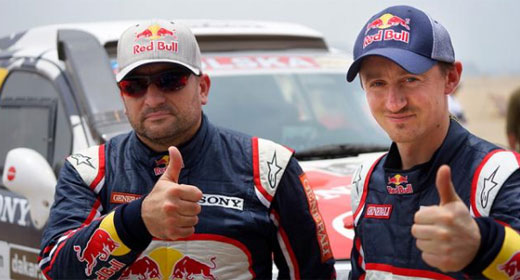 The 35th Dakar Rally has just finished in Santiago de Chile. Red Bull drivers, Adam Małysz and Rafał Marton, in 15th place, were the best Polish car team present. Adam Małysz, four-time Olympic medal winner, four-time world champion and four-time winner of the World Cup in ski jumping, has finished his second Dakar, his first in a top car. His dream was to fit within the first twenty. However, no one expected such a great result in the world?s toughest rally from a driver who has only seen one full season of cross country.

Małysz covered over 100 kilometers while testing Overdrive Racing’s Toyota Hilux. He was still getting used to it on special stages, but he was quick from the get-go. He surprised everyone with the 14th time in the prologue. The second section saw half an hour’s loss after the Toyota dug into a dune. Our team had to slow down to avoid Orlando Terranova’s vehicle. The following two days also saw digging the car out of sand.

Starting with the sixth section, Małysz sped up and returned to 14th place in Cordoba. The rallying newcomer’s pace was exceptionally steady. He finished in the top twenty nine times, and three in the top fifteen. His best result remains 13th place on the La Rioja – Fiambala section, one of Dakar’s toughest. 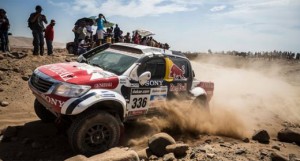 The last leg of the rally wasn’t easy. On the edge of the Atacama desert, the Toyota got stuck on rocks. Later, the team got slightly lost and also suffered a tire puncture. The last section saw Małysz starting alongside a number of trucks, and he was forced to overtake 800 bhp monsters on a narrow, twisting road. Despite this, he took 16th place on the special stage. The rally finished off with a short super special stage near the airport in Santiago.

“I’m very happy that I finished the Dakar and with my result,” said Adam Małysz. “I’m slowly coming to terms with being fifteenth. To me, it counts as a victory! It’s difficult to compare this result to what I had achieved in ski jumping, but Dakar cost me a lot more effort. Overall, the rally was very tough, a little different than last year’s, but still extremely difficult. The car was an immense help. I started feeling the car after two or three special stages. I adapted to it really quickly. The Toyota was mechanically flawless. It made a major contribution to my result.”

“We achieved our dream of finishing the Dakar in the top twenty,” said Rafał Marton. “The result is a little better than we expected. We’re very pleased. Adam drove wonderfully. We did good work. This is my most successful Dakar yet.” 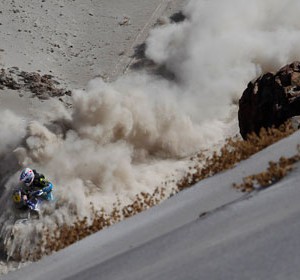 The Emilie Poucan Prize is awarded every year for the best picture taken by the professional photographers following the race....
Copyright 2011-2016 Rallyraid.net - RISE Network. All Right Reserved.
Back to top