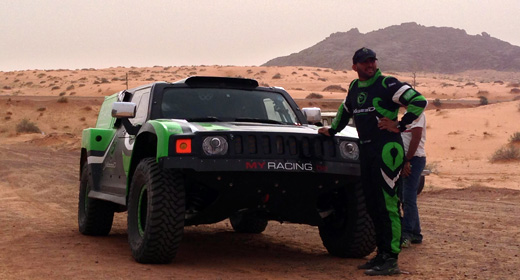 Defending champion Yazeed Al-Rajhi tops the provisional 35-car entry for this week’s Ha’il International Rally, the Kingdom’s flagship FIA-sanctioned cross-country rally, which will run for nearly 1000 competitive kilometres through the north-central region of the Kingdom of Saudi Arabia from March 24th-28th.

Al-Rajhi, who travels to the event straight from competing in the Kuwait International Rally, has taken charge of a powerful Hummer from Robbie Gordon’s team in the United States of America and teams up with the experienced Portuguese co-driver Filipe Palmeiro, as he attempts to win the event for the fourth time in five years. Czech driver Miroslav Zapletal, the former winner of the Baja GB and Baja Hungary, drives a second Hummer and is partnered by Poland’s Maciej Marton.

“The car reached Saudi last week and we have been making our final preparations since then, “ enthused Al-Rajhi. “I am in Kuwait now for the round of the Middle East Rally Championship, but I am looking forward to trying to win my home event again, especially now the rally has a longer and different format.” 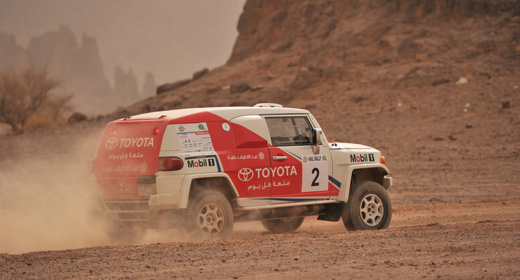 A plethora of Saudi drivers in a range of Toyotas and Nissans fill the middle reaches of the entry list, with Ha’il regular and previous winner Rajih Al-Shammeri wheeling out a Nissan Patrol and Ahmed Al-Shaqawi entering a similar car under the Race World Team banner. Event regulars Ibrahim Al-Muhana, Mfadi Al-Shammeri and Farhan Al-Shammeri return to Ha’il action.

The UAE is well represented with the experienced Desert Challenge campaigner Yayha Al-Helai taking the start with Khalid Al-Kendi in a Nissan and Matar Al-Mansoori joining Oman’s Ahmed Al-Hajri in a similar car. Emirati Nooh bin Hmaid drives a third Nissan, while Qatar’s Sheikh Hamed bin Eid Al-Thani has also registered for the event with co-driver Allou Firas in a Nissan Patrol.

Ten quad entrants and six motorcycles will tackle the event for the first time since its inauguration in 2006. Saudi’s Moaataz Al-Jraih tops the quad entry, but the pre-event favourite could well be the UAE’s talented Atif Al-Zarouni, a regular competitor in the Abu Dhabi Desert Challenge and the Sealine Cross-Country Rally. Saudi riders fill the remainder of the quad field. 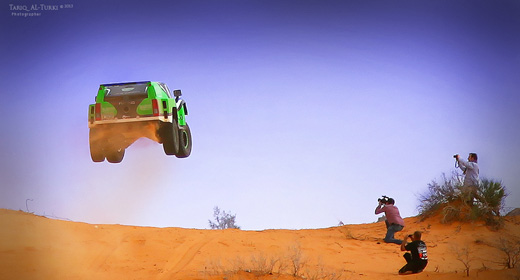 Scrutineering and documentation will take place at the Maghwat Conference Centre tomorrow (Friday) and Saturday and this will be followed by the pre-event press conference and a permitted period to carry out the reconnaissance of the super special stage on Saturday afternoon.

The ceremonial start and super special stage take place on Sunday. The first of four desert selective sections gets underway on Monday (March 25th) and the competitive action finishes on Thursday with the finishing ceremony rounding off proceedings at 19.00hrs. 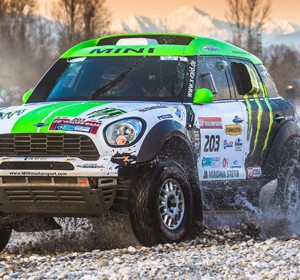 For Krzysztof Holowczyc, the Baja Italy was the first rally following his accident in the 2013 Dakar. By finishing – together...
Copyright 2011-2016 Rallyraid.net - RISE Network. All Right Reserved.
Back to top