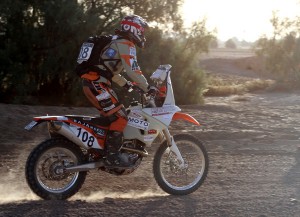 The Russian bike team “Troyka” will open a sports season 2013 in Italy, at the first stage of the FIM World Cup of Bajas  – “Italian Baja 2013”.

This year the three-day race which is traditionally taking place in neighborhood of the city of Pordenone, celebrates the twentieth anniversary therefore organizers decided to please participants with the updated sports tracks in a route, absolutely new prolog with the bewitching name “Royal Beach”, and also remarkable ceremonies of start and the race finish.

Unlike sand of Morocco where Troyka team successfully debuted in last October, having won the 2nd and 3rd places in 450cc classification, specifics of the Italian routes absolutely other.

Alternation of the technical twisting paths winding among vineyards, artful and unpredictable fords and the beds of the rivers covered with smooth gray pebble of the different size always are equally difficult both for professionals, and for amateurs riders.   By the way the race is more interesting and fighting on the route is even brighter!

Vyacheslav Pashchenko, Anton Popov and Dmitry Agoshkov will start in “Italian Bach 2013” in “Troyka Team” colors on the bikes Beta RR 400 and 450 prepared by  a well- known Italian workshop of BOANO Moto srl.

Participants of Troyka team told about expectations, goals and preparation in their pre-starting interviews. 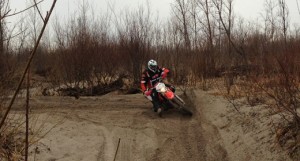 Vyacheslav Pashchenko: I am seriously adjusted to fight for points and if everything turns out, I will try to catch the place in the top-3 of “Italian Baha 2013” as in further plans  – participation in all stages of the FIA World Cup for Bajas. Within preparation for race, I spent training week in Italy where some days was engaged in motocross tracks, and the last two days devoted to tests of the sports Beta RR 450 motorcycle which I will use at race, directly near the fighting route of race, in riverbed of Tagliamente. I got very useful experience as pebble in courses really very artful, slippery, and visually equal though actually meet both down steps and dumps which should be passed with gas, other way you can’t avoid falling. Participation of Stephane Peterhansel in this race is really important news. He is the strong rival and the most experienced racer, and his presence in Italy should attract many strong competitors. I look forward of start!

Anton Popov: My sports goal for Italian Baja 2013 is to finish and whenever possible to improve the last year’s result shown on Baja du Maroc. More global plan is to learn and  learn more. For me it is need to develop technical skill, racing spirit and to gain experience. As for participation in other stages of the World Cup, I think about it, but a lot of things will depend on sponsors. My preparation to Baja includes the extensive program with general trainings on the bike and also two-week training on mountain skiing. This training program helped me not only to improve the general physical form, but also to strengthen feet and knees – they will fine be useful to me on technical stony routes of Italy! 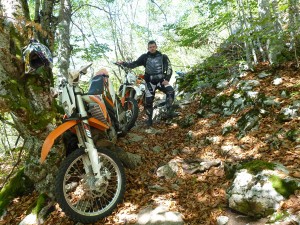 Dmitry Agoshkov:  As in rally-raids it will be my first race, a debut, the main thing, of course, to pass all distance and to finish.  I have an experience in motocross and enduro, but rally raids after all have a bit different specifics.  Tactics on Italian Baja 2013 will be run inside the race course, and I will try to distribute the forces and opportunities rationally.  On emotions, I am full of enthusiasm and very glad that on a way to my children’s dream – a marathon “Dakar” I will take the first step very soon, having taken part in the Italian Baja.  Step by step, I will set to myself the purposes further, and to learn this kind of terrains.

So, on March 14th  all the participants of Italian Baja 2013 will meet together on administrative checks, and from March 15th  the sporting program of race engaging the stage “Super Special” by a distance of 13 km, and two full fighting days of race with five selective sections and more than 350 km go on the race course. 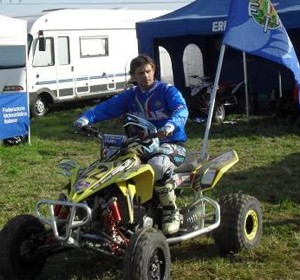 The Quad Cross Italian Ass, whose nickname is “Bull”, finally will take part in the race, completing the highlight roster The...
Copyright 2011-2016 Rallyraid.net - RISE Network. All Right Reserved.
Back to top