Strong field at Toolimpex Cup, first round of the Hungarian Cross-Country Rally Championship and the Central European Zone trophy: not less than three Overdrive Toyota Hilux will line up at the start on Friday afternoon in Nagykálló, Northeastern Hungary. One of them will be driven by former ski jumping legend Adam Malysz.

Although the rally starts only on Friday afternoon, the dirt roads around Nagykálló, Biri, Balkány, Szakoly and Kállósemjén were already loud with the roaring of engines on Thursday as some teams used the last day before the start of the season as a short test around Nagykálló, a nice town with rich historical and cultural heritage in the Northeaster part of Hungary. 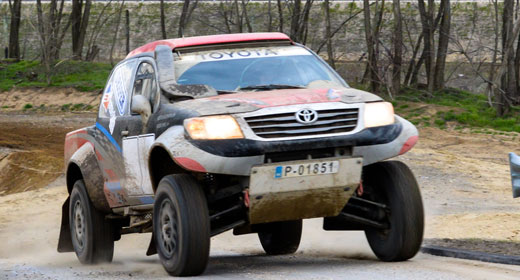 One of those teams was that of former ski jumping legend Adam Malysz who tackles also the Central European Zone Trophy with his experienced co-driver Rafal Marton. But Malysz didn’t come alone: former medallist at World Cup rounds, Lukasz Komornicki is also to start at Toolimpex Cup with a Mitsubishi L200 formerly used by Miroslav Zapletal and Adam Malysz. 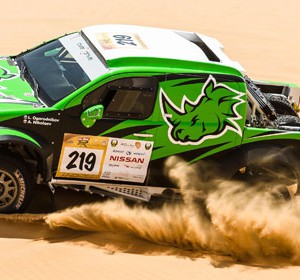