On 12-14 April Hungarian Cross-Country Rally Championship returns to Nagykálló. The town in the Northeastern region of Hungary and the neighbouring villages, Biri, Balkány, Szakoly and Kállósemjén, that hosted the closing event of the season for the past two years, this time welcomes the season opener that is also the first event of the year for the Central European Zone Trophy. 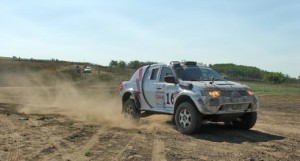 As spring slowly takes over from winter, all the different motorsport championships start their season one after each other. This weekend, on 12-14 April it’s turn of the cross-country rally drivers to start the engines and also the season at Toolimpex Cup. The location of the opening round of the is the same as the closing round of the past season, teams again race on the tracks around Nagykálló.

But there is also an important change compared to the event last October: the event has been included in the Central European Zone Trophy. On the unoffiacial entry list there are more than twenty car crews from four countries and, of course, also bike and quad riders. What makes it remarkable is that there are not less than three Toyota Hiluxes on the entry list, same as the one that finished second at the Dakar Rally this January.

Toolimpex Cup starts on Friday at 15:30 with the start ceremony in Nagykálló. After the prologue on Friday there will be six specials on Saturday near Biri, Balkány, Szakoly and Kállósemjén. On Sunday the rally ends with four more specials and the Prizegiving. 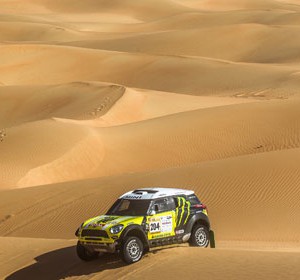 The Monster Energy X-raid Team experienced another successful day, in the Abu Dhabi Desert Challenge. In the third stage...
Copyright 2011-2016 Rallyraid.net - RISE Network. All Right Reserved.
Back to top