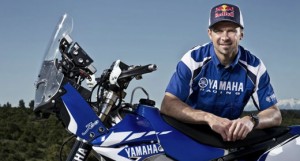 Five-time Dakar Rally winner Cyril Despres is preparing to head back to the desert on a new bike.

After more than a decade of success with KTM, the reigning Dakar champion will now compete for Yamaha. Like all passionate fans of the race, Cyril has fond memories of the six Dakar victories achieved by fellow Frenchman Stéphane Peterhansel on a Yamaha between 1991 and 1998.

Now Cyril hopes to help the Japanese manufacturer write a new chapter of its Dakar success story when he’ll take a ride on their iconic blue machinery.

Cyril Despres: “Clearly my signing with Yamaha Motor France is one of the most important steps in my career to date and I am hugely excited by the challenge and opportunities it brings. As soon as I started to talk to ‘the boss’, Eric de Seynes and his team, I knew we were on the same wave length and that together we could achieve great things. Prior to my contact with them I perhaps didn’t realise just how deeply the culture of rally-raid in general and the Dakar in particular was engrained into Yamaha’s DNA – I thought I was passionate about the sport but their enthusiasm almost puts mine in the shade! Their previous associations with riders of the calibre of Cyril Neveu and Stephane Peterhansel have left their mark and it is obvious that we have all entered into this relationship with the same overriding ambition, to emulate my predecessors’ achievements and challenge for 2014 Dakar victory.

Everything is so recent that I haven’t actually had much time aboard the YZF450 Rally I will be using on the Rally dos Sertoes (Brazil), the Desafio Inca (Peru) and ultimately the 2014 Dakar Argentina-Bolivia-Chile, but from the brief time I have spent on the bike it is clear that it has great potential. In addition to those races we have a very full schedule of testing ahead of us and we will no doubt be extremely busy in the run up to next January. In the past I have always worked in very multi-national teams, I think in 2010 out of nine people in my team there were seven different nationalities! This time we will be ‘all Francophone’ and while I have always embraced different cultures, and have worked had to be fluent in English and Spanish, it will be interesting to see what impact the ability to explain to my team mates and technicians exactly what I am after in my maternal language will have on the development and set up of the bike. To my way of thinking it can only work in my favour. At the highest level of any sport it is the tiny differences that make the difference…

So as not to waste any time in the countdown to Dakar this very evening I will be heading off to Sardinia for my favourite race of the season – the Sardegne Rally Race. It is a little bit last minute, so my ambitions are obviously limited, but it will at least allow me to get more acquainted with the YZF450 in enduro format and get my ‘race head’ back on after several months away from competition. After this brief ‘holiday’ the real work will begin. I can’t wait to get started.” 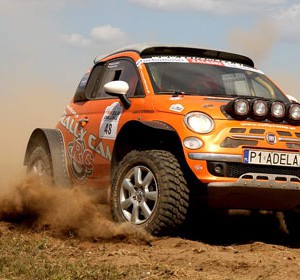