74 competitors at the start. Among those the best World Champions. They are participating in the sixth edition of the Sardegna Rally Race. 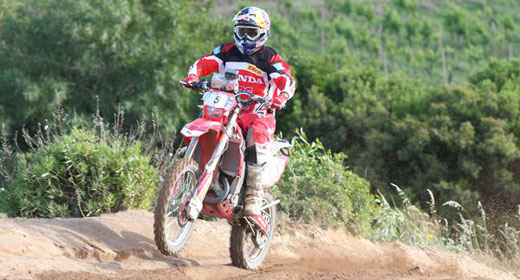 For all of them Bike Village has set up a superb Rally, prepared for months during the winter and a still non-existent spring. Over 1600 km in total, with more than 800 km of Selective Sections. Five stages in five days, which will lead the caravan from Alghero to Arborea, then to Chia, back to Arborea, and up to the amazing sanctuary of Sa Itria before to finish in San Teodoro, the eastern city of Sardinia that is also the headquarters of the Organizer of the Rally. It is an amazing program, intense and demanding. Antonello Chiara and Gianrenzo Bazzu, the creators of Bike Village have invented their Rally as an event that has become one of the cornerstones of motorsport, and they are entitled to be proud of. The World Championship, which until a few years ago was staged exclusively in Africa, has arrived in Europe with the Sardegna Rally Race, and in the old continent has created an event with unique characteristics.

That’s tone of the main reasons because the best Riders of the world are captivated by the Rally of Bike Village. Just take a look of the Gold Book of the Sardegna Rally Race I order to understand. Cyril Despres, five Dakar wins and two SRR. Marc Coma, three Dakar and two “Sardegna”. Last year  the winer was one of their “colleagues”, just a little less famous, Jordi Viladoms. All of them are again deployed to contend for a title that may be worth of an entire season.

The first “move” of the sixth edition of the Sardegna Rally Race is the Super Special Test, the Prologue. A short test that is used to break the ice, and to offer a day of real show to the city which hosted the start of the rally, Alghero.

Hosting the proof is the Motocross Track of Le Bombarde, the small permanent facility owned by Salvatore Cambule. It’s a great track, a serpent of sand that looks like a terrace on one of the most beautiful bay of the Mediterranean Sea.

The short special stage catapult the competitors in the race. 1,500 meters of tight turns and jumps, the opposite of what the Riders will meet in the coming days. But this is the show, which also releases the competitive spirit of the great occasions. The best is Helder Rodrigues, ahead of the Dutch Hans Vogels and of Alessandro Botturi. “Only” fifth is Marc Coma, the current leader of the Cross-Country World Championship. 9th at the finish is Cyril Despres, the holder of the Dakar Title which opens a new chapter of his career, now riding a Yamaha. But the result of this thousandth of the Sardegna Rally Race is not so crucial. The first fifteen Riders at the finish, in fact, will only be able to choose from that position they will leave at the start of the first stage of the Rally. It is anyway a delicate tactical choice, because it can determine the progress and the development of the whole race.

Sardegna Rally Race, year 2013, the sixth of the history of the race invented by Bike Village. A story that continues with the first stage, from Alghero to Arborea, 367 km with two Selective Sections of 60 and 52 km respectively. 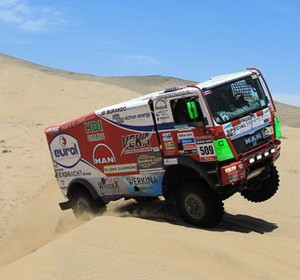