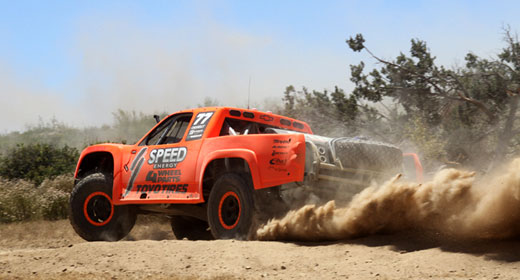 For the first time in Baja 500 history, qualifying was held to determine the starting positions for the 45th running of the prestigious event. Using a section of the 500-mile race course near Ojos Negros Trophy Truck and Class 1 drivers attempted to become the first ever Baja 500 Pole Award winners.

Back in the No. 77 for the first time since dominating the Parker 425 in February, Gordon picked up right where he left letting everyone know he was going to be a contender for this year’s Baja 500 championship.

“This is the first race back for the trophy truck since the Parker 425, where in my mind we won the race, but we did it again on a completely different racetrack than previous Baja races. This course had a little bit of hard pack with some off camber corners and big g-out holes with not a lot of whoop sections, but it was extremely important to get to each corner fast and efficiently. Our Chevrolet trophy truck really hooked up and went forward. I’m proud of the whole effort of the whole SPEED Energy and RPM Off-Road team we will be starting in the top five in both classes: class 1 and trophy truck. Now we just need to focus not making any mistakes and put ourselves in a position to win the race.”

“The qualifying course was pretty tight and technical, a real drivers course. No whoops to hammer it and it had a lot of off chamber turns becoming tight and twisty. We did not see any disadvantage for being the 31st car off the line. We got 2 pre-laps in and the course was solid, never really rutting out. We hope to have a trouble free race.”

The 45th running of the Tecate Baja 500 will begin at 10:30am PST with the No. 77 SPEED Energy / Toyo Tires / MAPEI Chevrolet Trophy Truck leaving the starting line first. 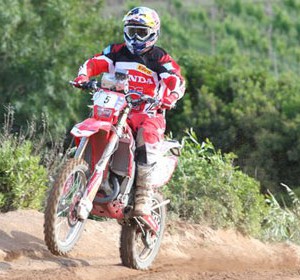 74 competitors at the start. Among those the best World Champions. They are participating in the sixth edition of the Sardegna...
Copyright 2011-2016 Rallyraid.net - RISE Network. All Right Reserved.
Back to top