It couldn’t have come any better, for the Monster Energy X-raid Team: with their MINI ALL4 racing, the Spanish-French pairing Nani Roma / Michel Périn celebrated the fourth consecutive win. And their team-mates Krzysztof Holowczyc (POL) / Andreas Schulz (GER) completed the Trebur based team’s success by taking their MINI ALL4 Racing to second place. As Jean-Louis Schlesser didn’t contest the event, both Roma and Holowcycz gained valuable ground in the battle for the FIA Cross Country Rally World Cup title. 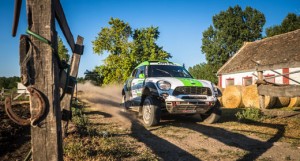 With three days contested and more than 400 kilometres covered, the gap between Roma and Holowczyc amounted to just 42 seconds. All the four special stages and the  super special stage at the beginning of the rally were won by one of them. Holowczyc won three stages with Roma setting only two fastest times. But Roma gained such a big lead over his Polish team-mate in SS1 that it was enough for successfully defending his lead up to the finish line.

Nani Roma: “I’m absolutely delighted. The Baja was very demanding – high grass, many rocks and trees. The risk of damaging the car was extremely high. The battle between me and Krzysztof was very close throughout the event and in the end, a few seconds proved to be crucial.” 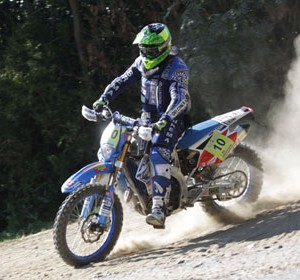 Although, he did everything he could, Alessandro Ruoso could not take over the first place in motorcycle category. The Hungarian...
Copyright 2011-2016 Rallyraid.net - RISE Network. All Right Reserved.
Back to top