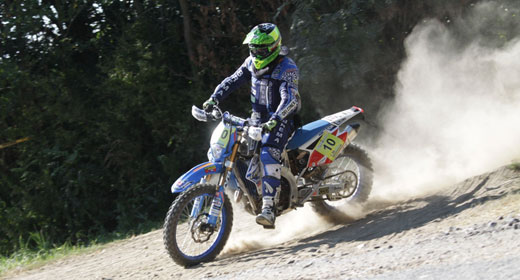 Although, he did everything he could, Alessandro Ruoso could not take over the first place in motorcycle category. The Hungarian Matthias Somfai finished the HunGarian Baja in the second spot in the quad category.

The 10th HunGarian Baja continued with 2 shortened stages on Sunday. There were no big surprises, Alex Zanotti won in the motorcycle category while Kamil Wisniewski finished at the first place in quad category. Although, Alessandro Ruoso and Matthias Somfai raced perfectly, they could not take over the first positions in their categories.

Alex Zanotti stuck to his word and with safe riding he managed to keep his first position and won for the first time in Hungary. Although, the World leader, Alessandro Ruoso, did everything he could by winning both stages on Sunday, he could not take over the first position from his rival. Gaetano de Filippo finished at the third place.

“I am very happy with this result. I am happy that I could win after last year. I would like to congratulate to the organizers because I think that the tracks were fantastic. This result means a lot to me mentally and I am ready for the upcoming challenges. – the winner said.

Alessandro Ruoso remained positive because he kept his position in the overall classification.

“I won three out of four stages and if it not had been for the accident, I could have won the competition. I believe that I will return and win at the HunGarian Baja. – Ruoso said.

Kamil Wisniewski won among the quad racers with confident driving:  “I am happy because with the win I strengthened my third position in the overall classification and that is a good achievement.”

Matthias Somfai finished in the second position and with this result not only did he collect the silver medal but also he won the race among the Hungarians and he secured his fourth position in the overall. “I still cannot believe this. My vehicle worked perfectly and I think that with or without the flat tire I could not have been able to finish in a better position. This result means a lot to me before my first Dakar.” – Somfai said. 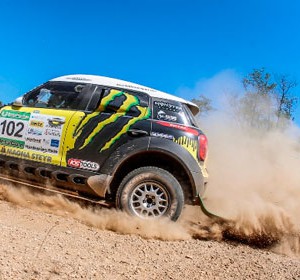 The 10th HunGarian Baja continued with 2 shortened stages on Sunday. There were no big surprises in the end. Nani Roma won the competition...
Copyright 2011-2016 Rallyraid.net - RISE Network. All Right Reserved.
Back to top