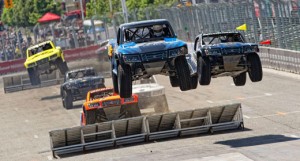 For the last fifteen years, hundreds of exhibitors and thousands of attendees have assembled at the OC Fair & Event Center in Costa Mesa, Calif., to catch a glimpse of the new designs and products for the next model year. However in 2013, the largest and most exciting Sand Sports Super Show in the world just got more SPEED as the SPEED Energy Stadium SUPER Trucks (SST) join the roster of weekend events.

The 600-horsepower Traxxas trucks will headline each day of the Sand Sports Super Show as well as other off-road and dune classes.

It has been a vision of Robby Gordon to redevelop and continue this unique and exciting form of off-road racing that was immensely popular more than 20 years ago – known then as the Mickey Thompson Off-Road Championship – and now it will be returning back to the OC September 20th – 22nd.

“The Sand Sports Super Show has built a name and reputation over the years as the place to be for manufacturers and industry leaders of sand buggies, pre-runners, off-road trucks, Side x Sides, toy haulers and accessories to display new product lines and innovations,” said SST President, Robby Gordon. “There has been no entertainment offered for exhibitors and show attendees to enjoy after the show was over, so it is only fitting to showcase a wild night of SST racing at the Sand Sports Super Show.”

In addition to three nights of SST qualifying rounds and SST main events, the program schedule will also entertain the Sand and Off-Road enthusiast with various other off-road divisions competing throughout the weekend.

Flight Friday’s program will include a Pre-Runner Jump Contest, 1400 truck races, along with Trophy Karts and SST.

Side x Side Saturday will see stock OEM 1000cc and under Side x Side races, along with a full event from the USA-Pro SuperMoto bikes, Trophy Karts and SST.

Sand Buggy Sunday will feature Sand Buggy racing, along with stock OEM 1000cc and under Side x Side racing, Trophy Karts and SST.

Since debuting April 6th at University of Phoenix Stadium in Glendale, Ariz., SST has run eight points races in two countries (USA and Canada). Five previous rounds were held in stadiums like the famed Los Angeles Memorial Coliseum, Qualcomm Stadium in San Diego, Calif. and the Edward Jones Dome in St. Louis, Mo., all on courses built specifically for the SST’s performance on asphalt and dirt. SST joined IndyCar at the Toyota Grand Prix of Long Beach in April and most recently held two events at the Honda Indy Toronto. Upcoming rounds No. 9 and 10 will take place over Labor Day weekend in Crandon, Wis. as part of the World Championships® of off-road racing, and now the addition of Rounds No. 11, 12, 13 to the 15th Annual Sand Sports Super Show in the OC. 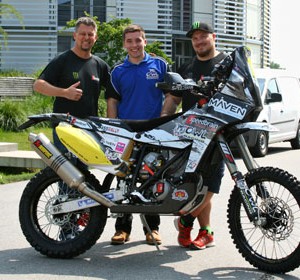