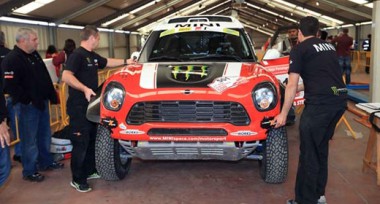 The most charismatic National Off-Road competition is back in Portalegre. On its 27th edition, the ACP Motorsport event will take the most prestigious and fastest drivers on four and two wheels to the Alentejo tracks, with the final results counting to the National Off-Road championships for Autos and Bikes, as well as for the FIA World Cup for Cross Country Rallies and the FIM Bajas World Cup.

A vast group of drivers and machines attended the usual Scrutineering procedures, filling up the huge Park Fermé during the day. At the same time, drivers got in touch with the 5,500 meters of the Super Special Stage, which will take place tomorrow and will allow the definition of the starting order.

As for the Autos, and with the National titles already decided on all classes, the season closing will have the main Portuguese drivers stress free, among them Miguel Barbosa, who is also one of the FIA priority drivers.

“We will face the race as we have always done. Just like last year, we are not fighting for the title, therefore will we try to win the event without any kind of pressure, which is very important. We are also not fighting for the international event. We are only fighting for the win in Portalegre, always a very special event,” said the Lisbon driver who will, once again, be participating at the wheel of a Mitsubishi Racing Lancer, the very same with which he secure the 2013 National Championship title, the sixth in his career.

Barbosa is not yet preparing a strategy at the moment. He will rather take the race as it goes: “There’s no sense in defining a strategy; since we are FIA priority drivers, we have already chosen the tyres we will be using on Saturday, and should the conditions of the track suffer any change, then everything will be up to the strategy. So we will start aggressively tomorrow on the SSS1, and then we will look at our options on the next day.”

The Portuguese event, once again the last round of the FIA World Cup for Cross Country Rallies calendar, will be of particular interest for the Portuguese-Angolan Rómulo Branco, as he is fighting for the T2 class title. Rómulo will be facing Alexander Baranenko, the leader of the standings with a 14 point advantage over the Mistubishi driver, which did not score on the previous round.

As for the overall title of the FIA World Cup for Cross Country Rallies, the Polish Krzysztof Holowczyc, driving a Mini All4 Racing, needs only to score ten points to ensure the crown. This is an easy task since his two main rivals, Jean Louis-Schelesser and Joan Roma, will not be in Portalegre. 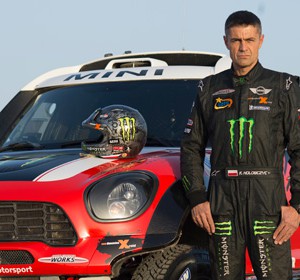