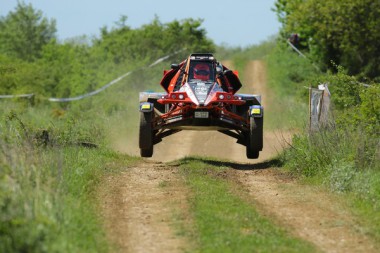 After the podium finish one month ago HQ Racing is preparing for another Hungarian Championship round. Zoltán Hangodi and his Yamaha HQ Buggy will start this time at Gyulai Várfürdő Cup, third round of the series.

After the success achieved at the last round of the championship, HQ Racing got into the work with renewed effort. But the preparation was not free from hickups and excitements: the spare parts they ordered arrived with one week delay in the last moment, and the driver is suffering from pain in his shoulder.

“There were several thing that hindered me during the preparation for the Gyula race. On the one hand we ordered some special parts for the suspension; they were to arrive last Friday but we received them only today. On the other hand, there is some kind of inflammation in my right shoulder and because of that I couldn’t have had a proper rest for days now. Overall I can say that we’ll be ready but I am a bit afraid of my shoulder, although I know that once I start I won’t feel the pain at all. As for Gyula, I love competing there because the race and the atmosphere are both very good. I hope that everything will be fine; in Beled I finished on the podium and now I am after the big guns again!” said Hango

Gyulai Várfürdő Cup begins on Friday with a ceremonial start and a 4 km superspecial; on Saturday there are four specials with three more following on Sunday. The total distance of the third round of the Hungarian championship is almost 600 km. It’s worth mentioning that the assistance park will be set up in the downtown of Gyula, open to the public all weekend with free entrance. 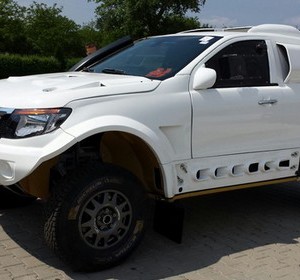 Reigning Hungarian champion Imre Fodor and his co-driver Attila Csató are switching to Ford: factory-backed Ranger can be seen...
Copyright 2011-2016 Rallyraid.net - RISE Network. All Right Reserved.
Back to top