Organisers have unveiled the final plans and route details for this coming weekend’s Rally Jeddah, an FIA-sanctioned off-road rally that takes place on April 30-May 2 with support from Mohamed Yousef Naghy Motors (MYN Motors) – Land Rover.

The rally office opens for administration checks at the Al-Nakheel Beach Resort in Jeddah on Tuesday and vehicles will pass through scrutineering on Wednesday morning, before the official pre-event press conference takes centre stage on Wednesday afternoon.

The event gets underway in Obhur, near Jeddah, with the start podium and a three-kilometre Prologue to decide the starting order from 20.45hrs on Thursday evening.

The meat of the desert action takes place on Friday and Saturday and begins with a 123km selective section between Obhur and Bahra from 14.35hrs on Friday afternoon. 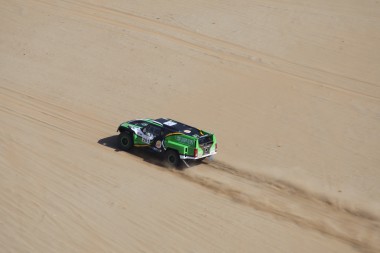 The second selection section runs for 222km from Al-Buraikah to Khulais, starts at 10.15hrs on Saturday and precedes the ceremonial finish in Obhur. In a total route of 649.80km, competitors will tackle 345km against the clock.

“We have worked hard to devise a varied and challenging route that typifies much of the desert terrain that surrounds this scenic region of Saudi Arabia,” said chief organiser Abdullah Bakhashab. “This is the second time we have organised Rally Jeddah and I am sure the terrain will provide a fitting challenge to our competitors.”

The event is being organised with the support of the higher committee of Rally Jeddah, which incorporates the General Presidency of Youth Welfare, Jeddah Municipality, the Jeddah Chamber of Commerce and Industry, the Saudi Commission for Tourism and Antiques in the Mecca region and a branch of the Saudi Red Crescent in Mecca. Support has also been received from Jeddah police and traffic departments and civil defence administration. 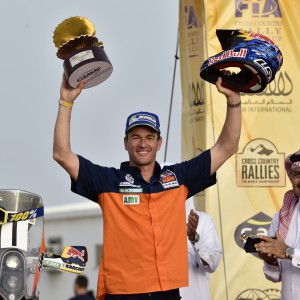