The pressure continues to rise in the Dutch armada with eight months to go until the start of the 2016 Dakar. The Batavian drivers who flocked to Loon op Zand for the first European leg of the Dakar Tour found out that Aleš Loprais will now race for Team De Rooy. Could the Czech driver be the piece the squad needs to check-mate Kamaz? 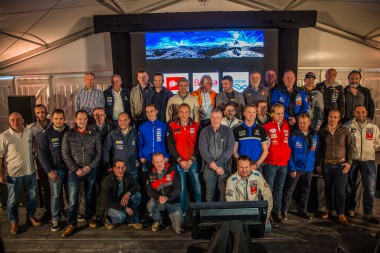 The Dakar is always in the air in Amsterdam, Utrecht and Rotterdam! Although the Peruvian dunes look nothing like the Zeeland Delta, the Dutch competitors have not lost an ounce of verve since they flew back to their country in January. Two Orange drivers finished in the top 10 of the car classification, including a best-ever fourth place by Erik van Loon. The outsider’s exploit has left him hungry for more and he has now set his sights on a podium place in 2016. However, there is a special place for trucks in the Dutch hearts. Kamaz’s triumphant streak has left a bitter taste in the mouth of Gerard de Rooy, who is determined to find a way back to victory after his 2012 win. Looking for strength in unity, De Rooy managed to persuade Aleš Loprais to join him in the pursuit of glory for one of his trucks. “We’ve been thinking about it for a long time, and we decided to join forces on the last podium”, says Gerard as he explains how he got his former rival on board. “Just like him, I’ve been trying to beat the Kamazes for several years. The time has come to pool our knowledge of the rally and our skills to do it. I’m very sanguine about it.” On another note, Kees Koolen pulled off his own flavour of Grand Slam in 2014 when he became the first competitor to finish the Dakar in all four categories. However, having to pack his suitcases last January when he was sitting in the top 10 showed him the importance of stacking the odds in his favour if he wants to climb up the quad pecking order, so he will fine-tune his training by taking part in the Desafío Ruta 40 in Argentina at the end of this month and the Desafío Inca in Peru in September. 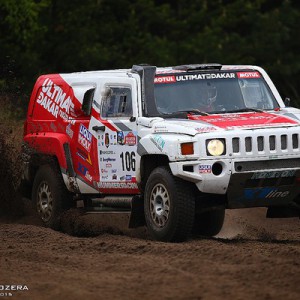 Despite a good result in the first special of the day, Tomas Ourednicek and Pavel Vaculik had to withdraw in the afternoon...
Copyright 2011-2016 Rallyraid.net - RISE Network. All Right Reserved.
Back to top