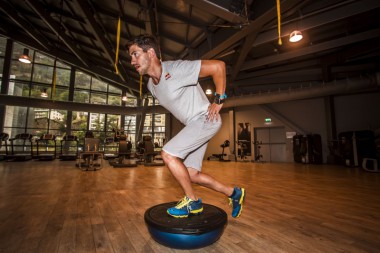 Two and a half months after the accident in the penultimate stage of the Argentine Desafío Ruta 40 which forced Joan Barreda to undergo right kneecap surgery, the Spaniard is already back in the saddle of the Honda CRF450 RALLY with several weeks of rehabilitation behind him.

– Joan, how are you feeling after the fall in the Ruta 40 and the subsequent operation?
– Great. Now I’m much better. Much stronger. The most positive thing about it was the fact that we reacted very quickly after the fall in the Ruta 40. It was decided to operate and the operation worked out perfectly. I had a rest-period to recuperate from this. It was essential to respect the first four weeks of absolute rest. This led to a loss of muscle mass which we have now remedied with strength and movement exercises. First in the gym, then on the exercise bike and after that on the racing bike. Now I’m back to 100% movement. Things are going much better than expected. We are ahead in the recuperation process, taking it easy but working to get over the injury.

– The intention was to be back in time for the forthcoming challenges. What sports have you been doing?
– At first it was essential to rest to improve my knee’s recuperation, but now we have begun with a training schedule to strengthen the lower limbs. In the mornings I go to do exercises in the swimming pool with aerobic training and in the afternoon gym-work, knee strengthening and we’ve started with the exercise bike and the racing bike and trekking across the Andorran mountains. Just a few days ago I was able to get back on the motorcycle.

– And the sensations?
– Really good! I’ve been training on cross bikes as well as the CRF450 RALLY, training with the roadbooks alongside Michael Metge and the knee hasn’t given me any problems. 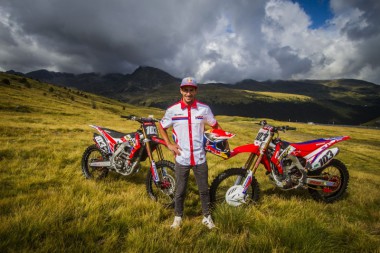 – The holidays are over. Now it’s time to get down to work…
– That’s the way it is. Now it’s time to work hard. Last year we planned it out in a different way. The work routine was different: a phase with a lot of kilometres, a lot of hours on the bike through the whole of August, September and October: different tests, kilometres, Atacama Rally, Morocco Rally… more tests… I spent more than three months on the bike almost every day. In November and December I didn’t get on the bike so as to prepare physically and to increase volume. This time we will do it differently. We have taken advantage of this ‘break’ to create a peak of fitness with a solid muscle base and will then dedicate the final part – October and November – to doing more mileage. In December we’ll rest and get our ideas sorted out ahead of the next Dakar.

– You intended to return for the Desafío Inca. How will the cancellation of the race affect your preparation?
– The aim was to compete in the Inca Rally to test the bikes out and to see how they measure up in terrain that the Dakar will pass through, but without Peru in the Dakar, we will have to change plans. We will probably do more training in Spain to compensate before we go off to the Morocco Rally in October to give the new bikes a workout. It’s a shame that Peru has pulled out of the Dakar and the Desafío Inca.

– The Team HRC Dakar team is taking shape: Paulo and you, with Jeremías and Michael Metge, who you’ve worked with before.
– Yeah, since I first met him we’ve done various things together. The team is more compact than last year’s one and we’ve got the sensation that it’s stronger. Mika has got a lot of potential and can really make a step forward with Honda. He can really bring a lot to the team. He’s a very noble rider and is very single-minded about what he can do for us. He gives us confidence and we feel very protected. Jeremías and Paulo have already made up a fine team with some great people. Let’s hope that the team achieves its goal which is to win the Dakar. 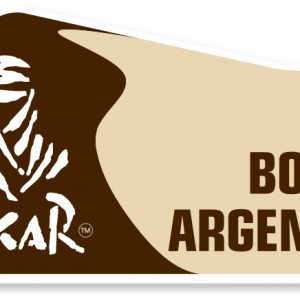 The Organizers of the Dakar have acknowledged the final decision of the Peruvian authorities to cancel the Inca Desafío,...
Copyright 2011-2016 Rallyraid.net - RISE Network. All Right Reserved.
Back to top