The race will take place starting August 30 to September 5

The fifth appointment for the FIM Cross Country Rally World Championship (bikes and quads) and third and Codasur-FIA’s last date of the South American Championship (cars) will receive world class riders and drivers.

The countdown to the official start began with a rock song dedicated to the race. The Atacama Rally will be valid for the fifth appointment of the FIM Cross Country World Championship for motorcycles and quads, and the third and closing for the Latin American Championship, Codasur-FIA for cars. The race that will welcome world-class riders and drivers will start next August 30th until September 5th and challenge its participants with 1,800 kilometers.

IMG 2937
This year’s edition, the Atacama Rally will offer an interesting and attractive road that will go from Viña del Mar, Coquimbo, La Serena, Copiapo, Huasco and La Serena with a total of 1,800 kilometers to be completed between August 30th and September 5th. The race will start on Sunday, August 30th at 3 p.m. with the Super Special stage will take place at Estadio Sausalito in Viña del Mar. Riders and drivers then will go to the Casino of Viña del Mar, where the official presentation of the race will take place.

During the official launch of the Atacama Rally, the Chilean rock band Exxocet presented its first record “Rock & Roll Under Attack”, in which they have specially created a dedicated song for the Atacama Rally called “Ride or Die”, a powerful song about riders’ sacrifices during this kind of competition.
Executive Director, Gerardo Fontaine stated that “Atacama Rally 2015 will be real challenge. “We have managed to found the best alternative to offer a safe and interesting race, keeping in mind the work to be done by the assistance services during each stage. For this reason we have incorporated Huasco city before the last stage. This way, we will reduce road connections and the two last stages will allow competitors to enjoy a stage in the most beautiful landscapes.”

Francisco Pereira, Race Director of the Atacama Rally 2015 added: “These will be two wonderful timed sections. The first will join Copiapo and Huasco starts at the Andes Mountains’ skirts to go to the ocean through some sandy off roads portions, very technical and high speed that will get riders and drivers to truly enjoy the race. Then, the last stage, we created a fun coast road with sandy off road portions, very fast. It will be the best way to close a beautiful race.” 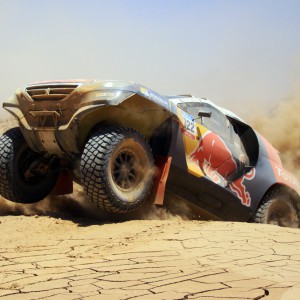