During last weekend’s Hofeka Cup the crew of Sólyom Team felt as sitting on a rollercoaster. This can be meant literally, since the cars in front made deep ruts in the acceleration distances that made the route quite undulating and bumpy. The high flight of the crew Sólyom – Galbács turned into deep dive, ending in a nasty impact. 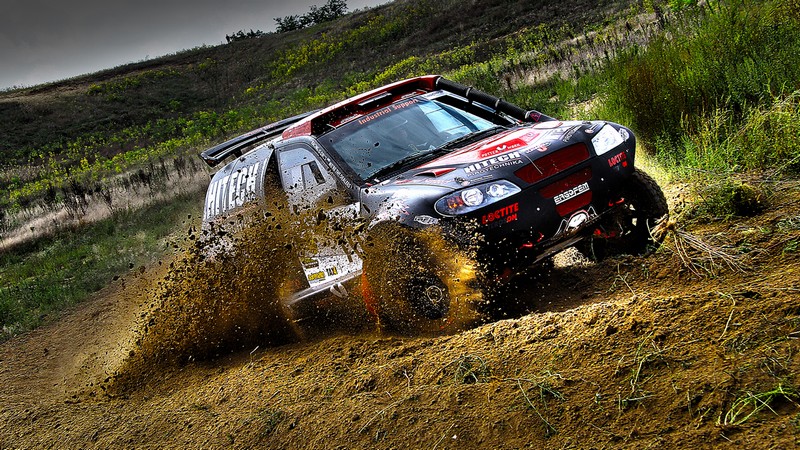 In Friday’s public test HAWKIA performed well. After 4-5 laps it was no use to pester it any more, since everything was alright with it.

Olivér Sólyom: “It was surprising and funny to drive the KIA. We felt going back 3-4 years in time. But still I really enjoyed the classic driving of the car. We found that everything’s OK so we went to the scrutineering with a light heart.”

In the first three specials of Saturday the nostalgic trio put on an excellent driving, and at the midpoint of the day they took the lead in the category. Then at km 48 of the longer track after some noises the drive stopped in the HAWKIA. The mechanics struggled until late night but, lacking spare parts, they were unable to dissolve the failure in the powertrain.

Olivér Sólyom: “In the morning I felt as a child in the chocolate shop. I just realised now how much I missed racing. I really loved everything but the shaking of the acceleration parts. Then at km 40 of the long special of the second loop we started to hear strange noises, increasing. 10 kilometres before the finish finally the noise stopped – and so the drive. After we were pulled to the service park, our mechanics started to work on the car immediately. The Clerk of the Course allowed us to continue the work during the night. With the help of local fans some 8-10 car shops, garages, parts shops were opened for us, but none of them had the part we needed. At about 11 pm we had to realise that we had to withdraw from the race.

It was a sad but at the same time touching feeling. Sad, because it’s always sad to withdraw. And touching, because it turned out that we were so much loved by the fans in Nagykálló that everyone ran to help us. They rushed around, made phone calls, took us everywhere, where there was even the slightest chance to get the necessary part. It was a fantastic experience, it was worth going to Nagykálló just for this. On behalf of the team, I want to say thank you one more time to all those who supported and/or helped us during the weekend!”

Sólyom Team exhibits its race car next time in Budapest Big Sportchooser. On 18-19 September in Merkapt Sport Centre (Maglódi út 12/a, 1106 Budapest) those who are interested in cross-country rallies can also meet Olivér Sólyom and Mátyás Galbács. 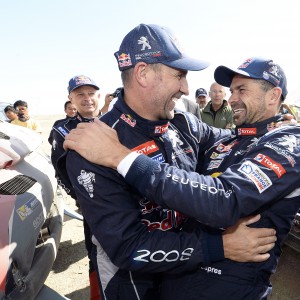