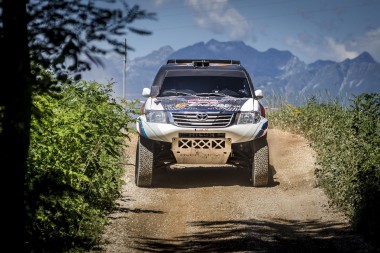 Overdrive Racing and Hallspeed will run no less than seven Toyota Hiluxes on next week’s Oilibya Rally of Morocco, the ninth and penultimate round of the 2015 FIA World Cup for Cross-Country Rallies. The event will run over five selective sections through the Moroccan deserts from Zagora to Agadir on October 5-9.

The Moroccan event is a crucial pre-Dakar Rally test for the 52-strong Toyota team and sees them come face-to-face with many of the rivals they will face in South America in January. 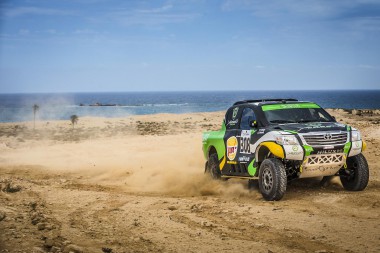 But the event is also a crucial round of the FIA World Cup and Vasilyev and fellow Russian navigator Konstantin Zhiltsov are chasing a second successive title. The Russian currently trails Qatar’s Nasser Saleh Al-Attiyah by 22 points in the standings and knows that beating the Qatari in North Africa would set up a thrilling showdown for the world title in Portugal at the end of the month.

Vasilyev was forced to miss two crucial mid-summer events after undergoing a medical procedure, but he bounced back to form with sixth position in last month’s Baja Poland, where fellow Overdrive entrants, Ten Brinke and Dabrowski, finished third and fifth. Dutchman Ten Brinke and Pole Dabrowski will be partnered by Belgian Tom Colsoul and Pole Jacek Czachor in their Toyotas.

Al-Rajhi started the season strongly before missing several rounds of the FIA World Cup, but the Saudi was one of the stars of last year’s Dakar Rally with Overdrive Racing and knows the importance of a good test in Morocco to boost his confidence heading into the end of the season. He finished second in Egypt this year and fourth in the Abu Dhabi Desert Challenge and has an impressive record in desert-type cross-country events with German navigator Timo Gottschalk. 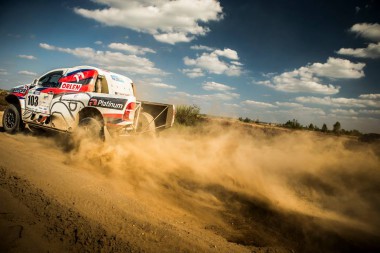 Last year, Overdrive Racing and Toyota South Africa brought six of their Toyotas to the finish of the Rally of Morocco in Marrakech, but De Villiers will be hoping to improve on that 17th overall, after a fastest time on the final stage could not make up for earlier delays that cost him crucial time. The South African is a former winner of the Dakar Rally and the Rally of Morocco and has been a regular visitor to the podium in South America with the Toyota team.

Frenchman Ronan Chabot joins Overdrive Racing to run a Hilux with additional support from Toyota France. Chabot has competed in the Dakar Rally since 2003 in a variety of cars and achieved his best finish of seventh overall in 2013 after earning 12th place the previous year. Gilles Pillot will co-drive. 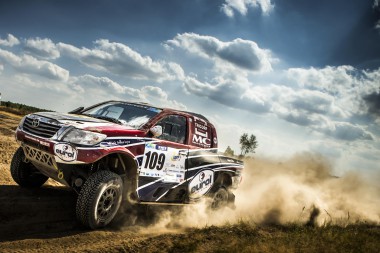 “For sure, Zagora will be the centre of the motor sport world at the start of October,” said Overdrive Racing’s team director Jean-Marc Fortin. “We have a strong team for Morocco and know that we will face some very strong opposition there, especially with the announcement of the Peugeot line-up. This is fantastic for the profile of our sport. It’s a chance for our teams to fine-tune our logistics and work together before the Dakar Rally in January.

“Having a strong team means we do have the possibility of using team orders if need be. Vladimir knows the situation in the FIA World Cup and we will see what develops. Nasser (Al-Attiyah) will want to show his speed to the others and compare himself, so we will have our own strategy. We also welcome Ronan (Chabot) and Gilles (Pillot) to the team.”

After scrutineering checks and administration in Zagora on October 3 and 4, the Oilibya Rally of Morocco will be contested over five selective sections, starting with a 330km loop around the Zagora bivouac and through a sea of demanding sand dunes on Monday, October 5.

A slightly shorter second section of 244km winds its way through the Draa wadis and valleys on October 6 and a third selective of 274km offers varied terrain around M’hamid on October 7.

The fourth stage sets out from Zagora in the south of the country on October 8 and reaches Agadir via a long liaison and a special stage of 293km. The final section on October 9 loops around Agadir, before the rally finishes in the historic Moroccan city.

FIA World Cup for Cross-Country Rallies – positions after round 8: 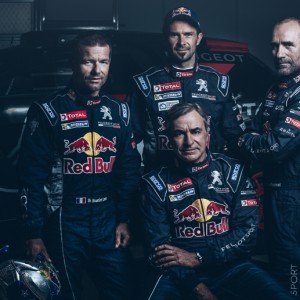