Celebrating another decade of excellence, seeing if a celebrated Mexican racer can win four straight years as well as starting and finishing for the first time on the Malecon in the heart of town are just three of the story lines awaiting racers from around the world who will start official pre-running next week for the 30th Annual SCORE San Felipe 250 in Baja California, Mexico.

The season-opening event of the five-race internationally-televised 2016 SCORE World Desert Championship will be held Feb. 24-28 in San Felipe, the quaint fishing village on the Sea of Cortez, 125 miles south of the U.S. Border at Calexico, Calif. 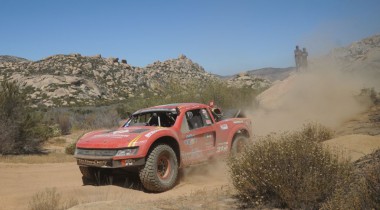 Celebrating the 30th anniversary of the youngest of the three traditional SCORE Baja races, sometimes referred to as the SCORE ‘baby Baja’, entries are being accepted on the SCORE website (www.SCORE-International.com) for Pro and Sportsman entries for cars, trucks, UTVs, motorcycles and quads. Pre-race festivities will be held in San Felipe on Feb. 24, Feb. 25 and Feb. 26 with race day on Saturday, Feb. 27 concluding with the post-race awards fiesta at Noon PT on Sunday, Feb. 28 at the plaza stage in the center of the picturesque Malecon.
The drawing for starting positions within each class will be held on Thursday, Feb. 11 for all vehicles officially entered by 5 p.m. PT on Wednesday, Feb. 10.

MALECON MAGNIFICO
To help celebrate three decades of this popular race, local government officials have agreed to allow SCORE to start and finish the race on the Malecon stretch alongside the tranquil amber waters of the Sea of Cortez. Pre-race contingency and tech will continue to be held on the Malecon on Friday of race week as well as the awards on Sunday after the race.

QUATRO-PEAT?
Winning the last three SCORE San Felipe races overall, Mexico’s Gus Vildosola Jr will be looking to break a three-way tie with three Las Vegas racers to become the first racer to win the SCORE overall title in race history four times and the first to pull off four consecutive victories.
A second generation Mexican desert racer, Vildosola Jr of Mexicali has five class wins in this race including a record-tying three straight overall and SCORE Trophy Truck wins in the No. 21 Vildosola Racing Branix Ford Raptor.
Vildosola Jr, with help from his father Gus Sr in 2013 won his first overall. He drove solo the next two years to tie the record in 2015 of three straight overall wins set by Las Vegas racing brothers Ed Herbst and Tim Herbst who won three straight in 1999, 2000 and 2001.
Two other Southern Nevada drivers have three overall car and truck wins in San Felipe but not three straight.
One is Las Vegas’ Brian Collins, who won his first in 1990 in Class 1 while splitting driving time with SCORE Baja motorcycle racing legend Jack Johnson, also of Las Vegas. Collins also captured two straight in SCORE Trophy Truck in 2008 and 2009.
The other three-timer in overall victories is Las Vegas’ Rob MacCachren, who has eight class wins in San Felipe and won his three overalls in the featured SCORE Trophy Truck division. MacCachren’s first was in 2007 when his split the driving with Mark Post and his most recent overalls in San Felipe were solo wins in 2011 and 2012. MacCachren, who has won two straight in the SCORE Baja 1000, drives the No. 11 MacCachren Motorsports Rockstar Ford F-150.

GLORY ROADS
History clearly shows that the SCORE San Felipe 250 has been a major building block for many of the world’s all-time greatest desert racers in addition to being the lovable baby brother of the three traditional SCORE Baja races. Host to the biggest and brightest stars in the history of desert racing, legends like Ivan Stewart, Walker Evans, Roger Mears, Rod Hall, Larry Ragland, Brian Collins, Dan Smith, Curt LeDuc, Danny Hamel, Johnny Campbell, Juan Carlos Ibarra, Steve Hengeveld and Greg Row all are part of the foundation of this rustic race.

HOUR GLASS
This is a tale of a race told in two parts. It was first run in 1982 for three years through 1984.
It wasn’t held during the first five years in the seven-year run of the combined HDRA/SCORE Desert Racing Series as it resumed in 1990. It almost disappeared after the 1993 race when the combined series split and the SCORE San Felipe 250 had just 82 total starters.
It bounced back though, as all good things in Baja do, climbing to 250 or more starters seven times, including twice with over 300 starters.

The largest starting field was 394 in 2007 when then SCORE President Sal Fish had to move the race to Ensenada less than two weeks before the race because of disputes between land owners and government officials. That race started in Ensenada and finished in Santo Tomas, south of Ensenada. The largest starting field for the race when it was run in San Felipe was 2006 when 341 vehicles left the start line.

The most finishers in this shortest of the three traditional SCORE Baja races were in 2007 when 288 completed it and 2006 when 220 crossed the finish line within the time limit.
Like all of the SCORE Baja race courses, the SCORE San Felipe 250 has always featured some of the most start, dramatic and awe-inspiring terrain and scenery in the world. Infamous for its punishment to racer and vehicle, part of the courses has included a whoop section of over 25 miles virtually like driving over a washboard. Over the years, this race has seen parts of its courses go through several of the legendary Baja washes like Matomi, Huatomote, Chanate, Azufre, Cuevitas and Amarillas.
For many years, the start and finish line area has been beneath the fabled San Felipe Arches landmark on the outskirts of town.

TRES GENERACIONES
This race has also seen multi generations capture checkered flags, but none more notable than the McMillin family of San Diego. A three-generation family race team, seven family members have one or more class wins in this race and four have overall victories on their resumes.
Family patriarch, the late Corky McMillin (who passed away in 2005) and his son Scott won back-to-back overall titles in 1983 and 1984 in a Porsche-powered Chenowth open-wheel desert race car. Scott won the overall again in 2005 with his son Andy McMillin.
With other McMillin family class wins in this race have been Corky’s other son Mark McMillin, Mark’s sons Daniel McMillin and Luke McMillin and Scott’s daughter Jessica McMillin.

MULTI WINNERS
The all-time leader in class wins in the SCORE San Felipe 250 is motorcycle age-group racer Jim O’Neal who has competed in all 29 previous races, winning his class a record 15 times.
Second in class wins is Eric Solorzano who has won 10 times in Class 11 (stock VW Sedan) while third is Donald Moss who won nine times in 10 years in Class 3 in his sturdy Ford Bronco (2002, 2003, 2004, 2005, 2006, 2008, 2009, 2012, 2013).
Tied for third in class wins with eighth each are SCORE Baja motorcycle racing legend Johnny Campbell, MacCachren and Dan Smith who first won in 1984 on a motorcycle and won his final one in 2002 in SCORE Trophy Truck, teaming with David Ashley.

VIVA GANADOR MEXICANO
Juan C. Ibarra became the first Mexican national to win a SCORE Trophy Truck race when he won his class in 1998 while finishing second overall to the Class 1 team of Mark Post/Jerry Whelchel.

TO EL BANCO
For three decades, the annual motorsports festival that has brought the largest economic impact of any single event held annually in this lightly-populated portion of the rugged, rough and bountifully beautiful Baja peninsula has been the SCORE San Felipe 250.

CBS SPORTS NETWORK COVERAGE
All races in the five-race 2016 SCORE World Desert Championship, along with the special SEMA SCORE Baja 1000 Experience and qualifying for the SCORE Baja 1000 from Las Vegas Motor Speedway are once again airing in the USA and Canada on the CBS Sports Network. The spectacular shows feature not only SCORE Trophy Truck coverage, but also top action and highlights from many other classes of trucks, cars, UTVs, motorcycles and quads – making sure that the most exciting footage and most compelling stories continue are part of each race event broadcast.
Capping off the 2016 broadcast season, the SCORE Baja 1000 broadcast on CBS Sports Network will air as a full two-hour special for the second straight year. 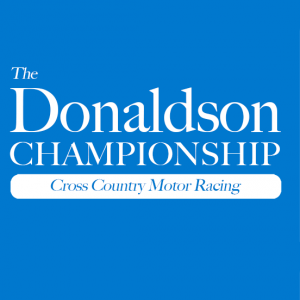