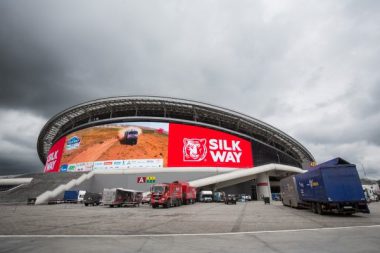 The long and the short of it

It was due east for the caravan leaving Moscow for Kazan. Stage one in was run in less than ideal conditions. Dark skies and drizzle reigned over the Tatarstan region and bivouac that set up camp at the ultra-modern Kazan Arena. Following the longest road section of the event at 849.85km came the shortest timed sector of the rally, the 2km super-special, along the banks of the Kazanka. While the gaps were next to nothing, it did have its importance as Silk Way Rally Ambassador and Sporting Consultant, Luc Alphand explains “You can’t win the rally, but you could certainly do your chances harm. Then, each crew will try to manage their time according to their early race strategy.” 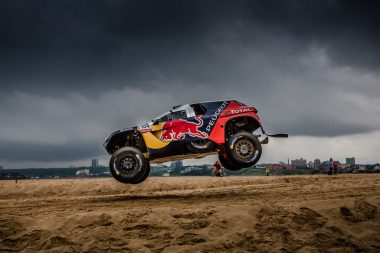 ‘Peter’ and ‘Paulo’ take stage one

The French duo of Stéphane Peterhansel and Jean-Paul Cottret powered through the Kazan sand in the N° 100 Peugeot DKR 2008 to win stage one of 2016 Silk Way Rally. Russia’s Vladimir Vasilyev  and Konstantin Zhiltsov in the N°101 MINI ALL4 Racing were equal second with the N°102 Peugeot 2008 DKR of Sébastien Loeb and Daniel Elena at four seconds to the leaders. Saudi Yazeed Mohamed Al Rahji and his German co-driver Timo Gottschalk were fourth overall at five seconds in the N°103 MINI ALL4 Racing. The Czech Polish tandem of Miroslav Zapletal and Bartosz Momot in the N°107 Hummer H3 Evo VII completed the top five. 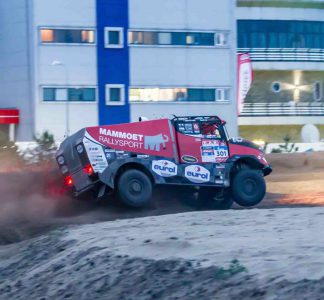 Maarten Van Den Brink and his crew set best time in the Truck category, taking a three-second win from the MAZ team of Belarus driver Siarhei Viasovich. Holland’s Pascal De Baar made it two French big rigs in the top three, also three second adrift of the stage winner. The Chinese Kamaz entry of Hou Hongning was fourth ahead of the”Kapotnik” version of the Kamaz.

Stéphane Peterhansel N°100 Peugeot DKR 2008 : “It is always dangerous to open the following day’s special stage because we are the first to come upon the pitfalls on the stage. But it would be a crime to let off the gas on such a short and well-designed stage.”

Konstantin Zhiltsov co-driver N°101MINIALL4 Racing : “The goal was to not take the slightest risk. But we wanted to run hard for the Russian fans. To be 4th or 5Th would have been more advantageous. We could not have dreamed for a better result than to have Peterhansel be the first into the first real special stage of the rally.”

Daniel Elena co-driver N°102 Peugeot DKR 2008 : “It was not our intention to open the stage tomorrow. My door opened going over a jump and that calmed us down. Having two cars ahead of is really good.” 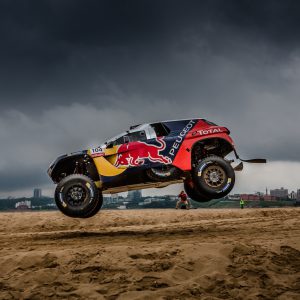 The prologue to the Silk Way Rally offered a brief warm-up as the PEUGEOT 2008 DKRs and Peugeot Sport crews got quickly down...
Copyright 2011-2016 Rallyraid.net - RISE Network. All Right Reserved.
Back to top