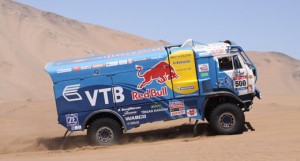 Russia’s legendary truck driver Vladimir Chagin, who won the Dakar Rally seven times with Kamaz-Master team, has announced his retirement from competitive sports.  The 41-year-old explained that his move is aimed at “giving other drivers a chance to get on top of the podium”.

During his impressive career, Chagin, nicknamed the Tsar of Dakar, has won the world’s most prestigious rally a record seven times, grabbing 63 stage wins on the way.

His last Dakar triumph came this January, with the Kamaz trucks occupying all four places in the top of the standings.

“In 2011, we achieved the best result in our team’s history. We worked to achieve this for 23 years. I am grateful to Semen Yakubov [head of Kamaz-Master team] for his trust as he allowed me to sit behind the wheel of a truck at 19 years old. Together we have won many Dakars. Now I have decided to retire. I am also very grateful to the fans of our team for their support,” Chagin said.

He also said that, despite retiring from racing, he is going to stay with Kamaz, but from now on will occupy a different position in the team, which will, of course, need his experience.

”By leaving competitive sports, I don’t mean breaking all ties with motorsport as I stay in the team. I’ll have enough work to do for 24 hours a day,” he explained. 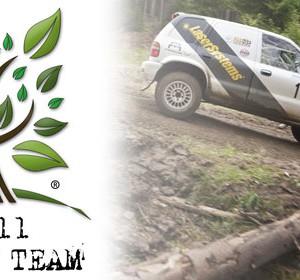 2011 Hungarian Cross-Country Rally Championship is to start soon with Aqua-Palace Cup in Hajdúszoboszló on 8-10th April....
Copyright 2011-2016 Rallyraid.net - RISE Network. All Right Reserved.
Back to top