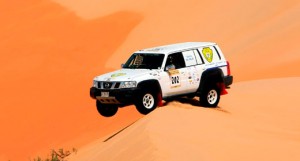 Looking to demonstrate their supreme understanding of the Western Region’s sands, which comes from generations of local knowledge, 22 UAE nationals are set to take on the world’s best rally drivers and riders when the Abu Dhabi Desert Challenge begins next month.

“The Emiratis competing at this year’s Abu Dhabi Desert Challenge are credit to our nation,” said Mohammed Ben Sulayem, President of the Automobile and Touring Club for the UAE (ATCUAE) and vice-president of the FIA. “We have grown accustomed to seeing UAE nationals finishing in top five positions, and this is something which fills us with tremendous national pride every year.”

Leading the charge on one of the world’s most spectacular cross-country rallies will be Yahya Bel Helei, who is among the most experienced off-road drivers in the UAE. He has a series of spectacular wins behind him in both bike and car categories and has competed at every Abu Dhabi Desert Challenge since 1990. 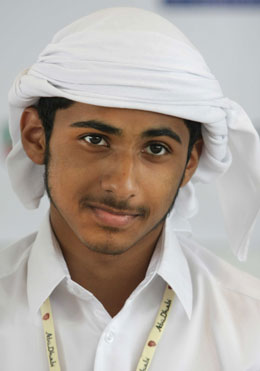 This year, Bel Helei will be partnered by compatriot Khalid Al Kendi, who can count on experience as a co-driver in the World Rally Championship. “Yahya is one of the most experienced drivers in the field,” said Al Kendi. “We are racing here for national pride as much as for personal success.”

Bel Helei’s son, Mansoor, will pilot a car in the Abu Dhabi Desert Challenge for the first time, having taken part in the competition for the first time last year as co-driver for his father. The pair had looked good to score a top 10 result, but, unfortunately, mechanical problems on day three took them out of the race.

But this year, father and son will be competing against each other for top honours, with Mansoor looking to outshine his father in the region’s toughest cross-country rally. Mansoor will be driving a Nissan Patrol, while his father will be in a Storm buggy by Powertec.

Another UAE national looking to place his country firmly in the limelight will be Matar Al Mansouri, the First Secretary at the Abu Dhabi Ministry of Foreign Affairs, who has already excelled for his nation by coming third in class at last year’s rally. Mansouri is exceptionally familiar with the course’s terrain, having been brought up in the Liwa oasis of Al Khanza. He has travelled far and wide across the rolling red dunes of Al Gharbia, both by horse and in car, and will be looking to improve further on last year’s impressive performance. 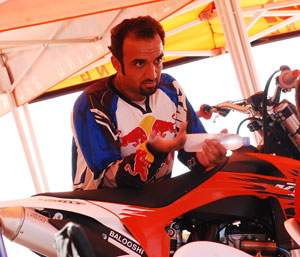 Leading UAE biker, Mohamed Balooshi will be making his debut for the KTM UAE Rally Team at the Desert Challenge, riding a KTM 530 EXC, wwhile Dubai-based Khalid Al Falasi will compete with Team Al Yasi. Al Falasi has previously excelled in the race, having finished in sixth place in 2008, claiming the record of highest-ranking Arab rider since the Abu Dhabi Desert Challenge was renamed to reflect the emirate. Aside from competing on home soil, Al Falasi has raced at numerous cross-country rallies abroad, and plans to race in the Baja 1000 in Mexico later on in 2011.

“I feel happy and lucky that I am the highest ranking Arab at the Abu Dhabi Desert Challenge,” Al Falasi said. “This year I will be aiming to do well again. It makes me proud to represent my country at these world-class events.”

Last year Emirati competitors registered a number of successes, including Abdul Bari Bin Sugat, who gained a podium result having excelled in his Nissan Patrol over the gruelling five-day course. And in the bikes category, Emirati rider Obaid Echtibi secured first place in the quads category. The results reflected the growing presence of Emirati rally drivers on the world stage.

The Abu Dhabi Desert Challenge is a world-class cross-country rally that attracts some of the most famous rally drivers and riders from across the globe. It will take place from April 1-7, and consists of four categories: bikes, quads, cars and trucks.

The Abu Dhabi Desert Challenge is organised by the Automobile and Touring Club of United Arab Emirates (ATCUAE) under the title sponsorship of Abu Dhabi Tourism Authority (ADTA), and is held under the patronage of HH Sheikh Hamdan Bin Zayed Al Nahyan, the Ruler’s Representative in the Western Region. 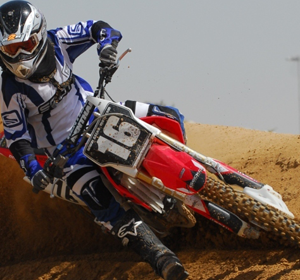 While the likes of Leonid Novitskiy from Russia, Spaniard Marc Coma and Stéphane Peterhansel from France are set to take...
Copyright 2011-2016 Rallyraid.net - RISE Network. All Right Reserved.
Back to top