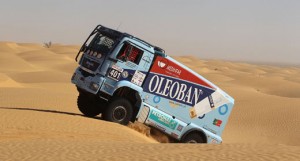 Winning today the 5th streak run between Ras El Oued and Tozeur, Elisabete Jacinto, driving a MAN TGS, goes on excelling during the 30th edition of the Tunisian Rally, third competition included in the Cross-Country World Cup. The Portuguese driving the MAN TGS from Team Oleoban / MAN Portugal spent 3h47m52s running the 295 kilometres of the selective sector, 2h14m12s less than the runner-up truck; therefore she had her fourth victory in a row.

With the Belgian Charly Gotlib and the Portuguese Marco Cochinho as her teammates, Elisabete Jacinto suffered however from an injured thumb during part of the streak, since she hit it hard on the steering wheel.

“I am already used to this happening to me in such technical streaks. There is a lot to be done with the steering wheel, and the reactions are sometimes violent. It hurts, but that may be overcome, and the fact that everything went on well with the race was an added incentive. Our MAN remains faultless. Charly’s navigation was excellent during a streak which was not in the least easy, and the outcome was very positive”, stresses Elisabete Jacinto.

Tomorrow takes place the last streak, named Grand Prix, with different courses for motorcycles and cars/trucks in a 60km circuit to be followed twice. There is a podium at the finishing line and closed parking in the bivouac. At the end of the day, people go back to their hotels, and there is a surprise party to commemorate the 30th anniversary of Rallye Oiliibya de Tunisie! 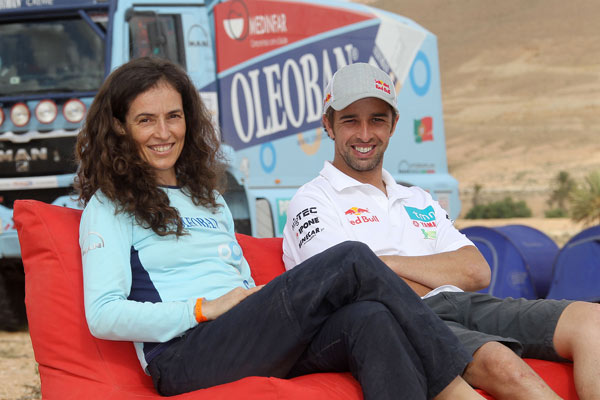 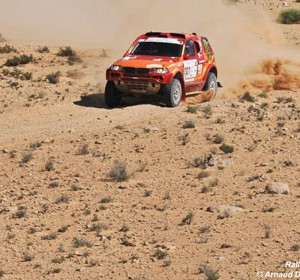 Back to Tozeur for the 5th and penultimate stage of the Oilibya Rallye of Tunisia, the longest of the 2011...
Copyright 2011-2016 Rallyraid.net - RISE Network. All Right Reserved.
Back to top