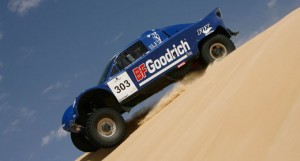 The name of “Schlesser” is a synonym of competition, experience and passion. Winner of Pharaons Rally 2010, he will be back this year to conquer another victory. Collecting successes in cross country rally since 1992, Jean Louis Schlesser declares himself to be a great adventurer and “amateur” of open space races, and Egypt is one of his favorite playgrounds. It is here that he earned an unforgettable victory in 2010, which makes his comeback a must!

His “affaire” with Egypt started back in 1992, at the moment he signed his first victory in Pharaons Rally driving his one seat driver buggy. “It was not easy at that time to ride alone, but this victory is one of the most remarkable moments of my driver´s life!” And then, right after his first triumph in the Dakar Rally in 1999, he arrived to Cairo with another crown!

In 2010, the driver/designer did not let go a second while facing the particular duo of Eric Vigouroux/Alex Winocq in their Trophy Truck. After a spectacular rolled over in the last stage, he climbed to the highest step of the podium accompanied by his friend Arnaud Debron.

Schlesser carries out this cross country rally season with pugnacity. His participation in Pharaons Rally is decisive to reach the World Cup (coefficient 2). “In Egypt, we evolve in a real and huge desert that has some fast tracks and nothing else around you! That is the true definition of rally raid!” Explains the driver.

Once more, Pharaons Rally will be capital for Jean Louis Schlesser. “I hope to live a great rally with an amazing track and lots of sand, open spaces, high quality bivouacs where we can share the end of the day between friends… It is a race the way I like them!” assures the expert. 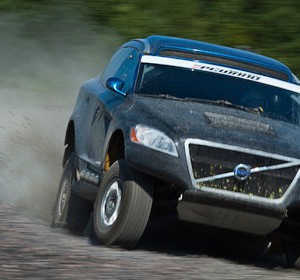 As we reported, the initiator and driver of the Swedish "Team Pewano", Pelle Wallentheim, suddenly passed away on June 7th due to illness....
Copyright 2011-2016 Rallyraid.net - RISE Network. All Right Reserved.
Back to top