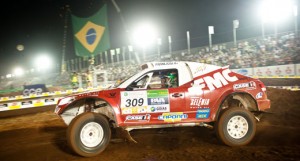 Full house, lots of pretty and happy people, fireworks, a pleasant evening. The perfect setting to celebrate the beginning of the Rally. About 20,000 people made “the wave”, cheered, took part, watched three live draws awarding trips to the finish line of the Rally in the Cumbuco beach, and saw two lucky girls occupying the place of co-pilot in a race car in the Super Prime closed circuit. Better than 3D cinema. The Samba Academy “X9 Paulistana” also made its commercial and charmed the audience with their dancers and drums. And enchanted even more, with the promise of a samba that, in 2012, will show that the Sertões is more than sport. It is a cultural manifestation.

There is no denying, it is just about stepping on that stage in the evening, and the environment becomes illuminated, as participants want to show their best. At stake was the starting order from the 1st to the 8th positions in Stage one, on Wednesday, between Goiania and Pirenópolis. In the light trucks, Edu Piano kept his advantage over Rafael Conde. In heavy trucks, Salvini, who had been defeated in the morning by André Azevedo, tied the game. 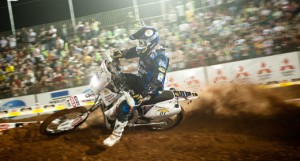 On bikes, Felipe Zanol shone, and the audience could not get enough cheering the final against another Brazilian rider to put Brazil in the first two places, leaving behind the French, Portuguese and Chilean riders. On quads, in the final was a domestic dispute between Ceará riders, with the victory of Moura Demontier by hundredths of seconds ahead of Tom Rosa.

In the end everyone went to bed with the certainty that the innovations introduced had a special color, and that from next Wednesday on, it is time to replace them with new unexpected ones, equally bright.

Today, from 7:30 a.m. competitors leave Goiânia behind, and at 10:00 a.m. the First Stage of 2011 will be started. There will be 83 kilometers of timed section to warm up engines and to make riders sure that this year’s Sertões will be the greatest challenge in history. 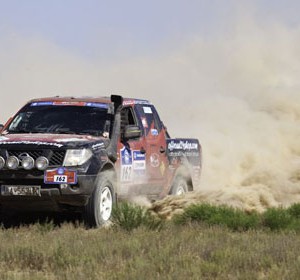 “It was more difficult than we expected.” With these words husbands Juraj Ulrich and Danka Ulrichova, the first Slovaks...
Copyright 2011-2016 Rallyraid.net - RISE Network. All Right Reserved.
Back to top