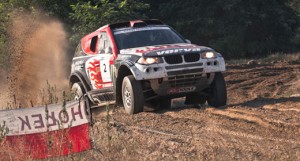 Krzyzstof Holowczyc secured victory in the Baja Poland at the wheel of his ORLEN BMW X3 CC and in front of his home Polish crowd.  Together with his Belgian co-driver Jean-Marc Fortin, the Pole finished in  front of the French duo of Stephane Peterhansel and Jean-Paul Cottret in  their Monster Energy Racing MINI All4 Racing, while the Russian duo of Alexander Mironenko and Sergey Lebedev arrived at the finish in 16th place in  their BUER BMW X3 CC.

The Baja Poland was demanding for the driver, co-driver and the entire team.  Navigation was the biggest challenge on the second and third stages, where  there were many intersections in the road book and instructions – sometimes every 50 meters. The event quickly developed into a duel between Peterhansel  and Holowczyc. The local hero was the winner of the prologue and the first test, but Peterhansel hit back and won the second special stage to take the lead in the overall standings. 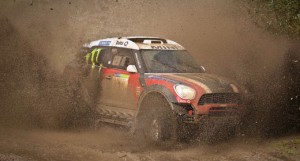 On the third day, navigation was slightly easier but the track conditions were difficult because of mud. The fifth test finally decided the outcome. After his victory on SS4, Peterhansel twice slipped into a ditch on the fifth stage and had to wait for assistance from other competitors. Holowczyc helped him the first time, but the second slip-up gave the Pole a crucial advantage and he was able to stay out in front to the finish.

After the good performance on the Silk Way Rally, the Baja Poland was not a good event for Alexander Mironenko. Shortly before the finish of SS2, the Russian suffered differential failure. 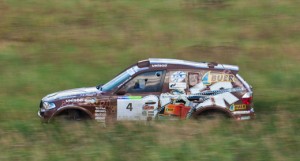 The team repaired the BMW X3 CC in time, but Mironenko landed after a violent jump on the third stage and damaged a fuel pump pipe. At the end of the first day they had slipped to 15th in the rankings with added time penalties. Mironenko and Lebedev secured the fastest time on the fifth stage and reached the finish of the event in 16th overall.

“Congratulations to Krzysztof on securing his second win of the season after the Silk Way Rally and in front of his home crowd,” said Monster Energy X-raid team boss Sven Quandt. “Stephane had a good chance of taking the victory as well, but he got stuck twice and that was enough to let Krzysztof through. The rally was short but intense. On Saturday it called upon the skills of the co-driver for navigation and Sunday’s route was made more difficult by the mud.” 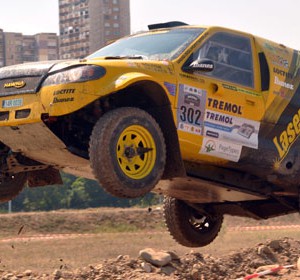 The team is through the first half of Balkan Offroad Marathon. After the past four race days the rest day is for reparation...
Copyright 2011-2016 Rallyraid.net - RISE Network. All Right Reserved.
Back to top