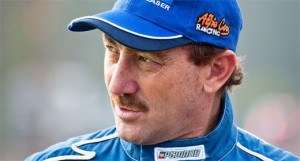 One more time our Polish partner Arek Kwiecień / TERENOWO.PL give us another interview for Rallyraid.net, this time is with Alfie Cox, the southafrican driver who will drive the new Pewano

Who will win Dakar Rally 2012?
Alfie Cox: – Peterhansel has the most experience in a team that has spared no expense.

Who will be the most demanding rival for you? What do you think about the polish driver – Krzysztof Hołowczyc?
The most demanding rivals MINI, BMW, MITSUBISHI & Toyota. I rate Holwczyc highly – he has gained much experience over the past few years and he is piloting one of the most competitive car in Dakar 2012. Personally Holwczyc is a good guy and a good driver.

How did it happen that Alfie Cox – the driver from South Africa – will compete for Swedish team?
An old friend (20yrs) going back to my racing days – Roof of Africa – Olly Ohlsson who was a good friend of Wallentheim called me in June this year and put the idea forward.  I don’t own the car I race and so I approached Jurgen Schroeder (PS Laser) and he flew to Sweden for a meeting and test drove the car!

After Dakar Rally 2012 are you going to continue the cooperation with PEWANO?
I certainly hope so! There is enough material for another 2 cars and I would like to see the Pewano team with 3 cars and a major player in future Dakars. 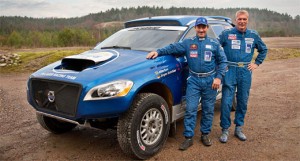 How do you find your PEWANO Volvo? What are the good points and the flaws of XC60 RR? What do you like most about Volvo?
The power of the diesel engine, the suspension and the handling of the PEWANO Volvo coupled with the traction is a great package.  Much thought and research by Pelle and the Pewano team has made the Pewano Volvo an amazing package.  It is easy to drive and for me the small details which the team have already sorted in their first production is quite amazing.

If you could compare Volvo and Nissan Navara – do you find any similarities or deep differences?
Similarities would be handling the differences is that the Volvo has independent rear suspension which gives you more ground clearance for the rear differential. This is an important aspect when competing in the Dakar.  The diesel engine has more torque than the petrol engine of the Navara.

What are you going to do during the last weeks before the start of Dakar 2012?
My family and I will be spending a week at Sun City before I leave on the 28th December for some R&R.

You have been participating in Dakar Rally for many years. Is there anything that can surprise you in Dakar? Do you fear anything in 2012 edition, fe. unknown tracks in Peru?
Every day there is a surprise for Dakar, you can never think you know the tracks because you have been there for two years before – the elements level the playing fields.  Peru – it has a mystical feel about it and I always think back to the Inca’s rally which I never got to compete in so for me my dream and challenge is to arrive in Lima.

What are you going to do after the finish line of Dakar 2012? How are you going to rest?
Hopefully to celebrate a top 10 finish with the Pewano Volvo team and to tell the story..
Rest – no that does not happen – I arrive back and my son’s first MX race for 2012 is on the 22nd   January!!

You were/are one of the best off-road motorcyclists in the world. Do you still practice motorcycling? As I noticed you have your own motorcycle shop… Why have you decided to change a motorcycle for a car?
I still ride bikes and to that end not only do we run a KTM dealership but I run an adventure tours.  I do about 7 international tours a year so between my dealership and the tours I am never far from a bike!  The transition from the bikes to the cars happened without fuss and very naturally – I got an opportunity to compete on the South African off road circuit and did well in the first year.  I loved my racing with KTM at the Dakar and the various other rallies I did.  I met incredible people, I lost friends and team mates.  I consider myself very fortunate for the way my racing has taken me around the world and the adventures I have embarked on.

On January 6 you will celebrate your 49th birthday – what can we wish you?:)
NO NO NO!!! This year my birthday will be celebrated on the 6th February!!!!  You may laugh but every year going back atleast ten years I have not had good luck on my birthday so this year we are postponing my birthday!!  I will only be 48 on this years Dakar

We wish you good luck! 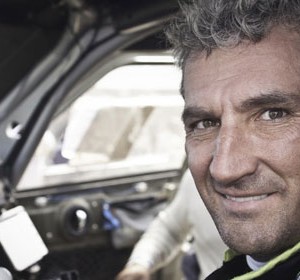 Russian pilot Leonid Novitskiy became a part of BMW X-Raid team in 2008, and his “Dakar” history started from 2007. Together...
Copyright 2011-2016 Rallyraid.net - RISE Network. All Right Reserved.
Back to top