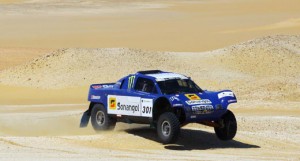 “This year, because we haven’t received all guarantees to realize a such big Event in safety conditions, leading importantes difficulties of organisation, NPO regrets the announcement of the cancellation of the OILIBYA RALLY OF TUNISIA 2012.

During 30 years, the Rally of Tunisia has become a reference of the Cross-Country rally Calendar. Organized by professionnal and experienced teams of NPO, in partnership with Tunisian Ministries, “The Tunisia” has become one of the main International Cross-Country Rallies for all champions and a school of the desert for lots of amators.

Last year, in the middle of the Tunisian revolution, NPO didn’t turn Tunisia back on, to celebrate with Tunisian people the 30th edition of this Worldwide leg of Cross-Country Rally for Cars (FIA) and Bikes (FIM).

Our Tunisian friends living in the south of Tunisia, won’t see the rally, neither his humanitarian help this year.
NPO will make the most of this year of transition in Tunisia, to rebuild with the competent Authorities, the 31st Edition of the INTERNATIONAL OILIBYA RALLY OF TUNISIA, planned in Spring 2013.

We thank all our partners, suppliers and all our clients for their supports and understanding.

While waiting, we look forward seeing you for the OILIBYA Rally of Morocco from the 14th to 20th of October 2012.” 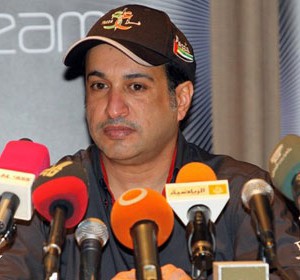 The 2004 FIA World Cup champion Khalifa Al-Motaiwi has announced that he will make a dramatic return to cross-country rallying...
Copyright 2011-2016 Rallyraid.net - RISE Network. All Right Reserved.
Back to top