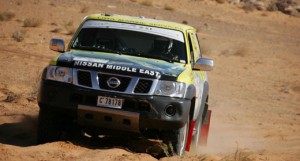 The 2012 Saudi Arabia Ha’il Desert Challenge gets underway at the Maghwat Conference Centre in Ha’il, north-central Saudi Arabia, on Wednesday afternoon (tomorrow) with the ceremonial start and short timed super special stage. The bulk of Saudi’s premier desert off-road rally will then take place on Thursday and Friday in the An-Nafud desert region.

Formerly knows as the Ha’il Baja, the event is running under the patronage of His Royal Highness Prince Saud Bin Abdul Mohsen Bin Abdul Aziz, Governor of Ha’il, President of the Supreme Commission for Ha’il Development and the Head of the Supreme Commission of the Ha’il Rally and the presidency of His Royal Highness Prince Sultan Bin Bandar Al-Faisal.

Top local rally star Yazeed Al-Rajhi leads the impressive entry in a Mini All4 Racing, built by the German X-raid Team. He will be co-driven by Portugal’s Filipe Palmeiro, a regular competitor with X-raid in past cross-country events including the Dakar Rally.

The UAE’s Yayha Al-Helai will be aiming for a podium finish when the event draws to a conclusion at the Maghwat Conference Centre on Friday afternoon. Yayha is a veteran of numerous Desert Challenge top five finishes in the remote UAE Rub Al-Khali desert. The 4×4 enthusiast teams up with co-driver Khalid Al-Kendi, who arrives in Saudi Arabia directly from taking part in an IRC rally with Rashid Al-Ketbi on the Atlantic island of Gran Canaria. Matar Al-Mansoori and Yasser Bin Hamed also represent the UAE at the wheel of a pair of Nissan Patrols.

Dubai-based Briton David Mabbs finished a stunning second overall behind Qatar’s Nasser Saleh Al-Attiyah in last November’s Sealine Qatar Baja, a candidate event for this year’s new round of the FIA World Cup, and he has entered the Saudi event in his trusty Toyota FJ Cruiser, along with regular French co-driver Xavier Caminada.

“Everyone at the Saudi Arabian Motor Federation is delighted with the number of entrants we have for this FIA-sanctioned event,” enthused clerk of the course Elie Semaan. “We have good support from Europe and numerous entrants from Saudi Arabia.”

Since running as a small club event for the first time in 2006 and then joining the international calendar in February 2007 – when the event was won by local driver Rajeh Al-Shammeri in a Toyota Land Cruiser – the Saudi Ha’il Baja has created its very own piece of motor sport history.

Al-Attiyah and French co-driver Matthieu Baumel won the first FIA Baja championship event in an X-raid BMW X3CC in 2008 and Baumel teamed up with Al-Rajhi to win the non-championship Baja the following year with a Nissan Pick-Up. The pair won a second successive Baja in a Mitsubishi Racing Lancer in 2010 but Al-Attiyah returned last year with German co-driver Timo Gottschalk to take an emphatic one-sided victory in a factory Volkswagen Race Touareg. 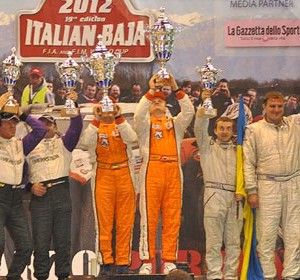