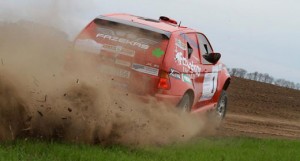 Károly Fazekas among cars, Richárd Hodola at the bikes and Lukasz Laskawiec among quads topped the field after the six specials held on Saturday, the longest day of Aqua-Palace Cup.

On Saturday all drivers and riders had to face extreme conditions on the tracks near the Hungarian spa town of Hajdúszoboszló. As it started raining in the morning and it went on all day long, tracks became more and more muddy and slippery, making the six specials of Aqua-Palace Cup, opening round of the Hungarian Cross-Country Rally Championship and UEM European Championship for Bikes and Quads more and more demanding.

Among the cars, defending Hungarian champion Károly Fazekas is in the lead with an advantage of more than nine minutes despite experiencing some “adventures” during the day. In the morning they had a puncture and they drove on for 7 km without changing the wheel, then in the afternoon when drivers had to complete the longer track in the opposite direction, they almost rolled the spectacular (and strong) red BMW when going at full speed in a ditch. After this, considering their huge advantage, they switched to some kind of “safety mode” but still keeping an advantage of more than five minutes which was increased to more than nine when their closest rival Balázs Szalay received a four-minute penalty. 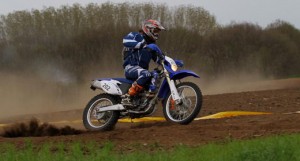 Erik Korda, driving in second place for the first half of the day, had technical problems in SS4 and was forced to forfait. This was the first time since 2008 (!) that the Nissan let down its driver… Korda’s problem was at the same time Szalay’s big chance. The Opel driver had three punctures during the morning stages and lost a lot of time as he only had two spares. He even got a penalty of four minutes for being late. But this all couldn’t ruin his morals and he went on to win all three specials in the afternoon.

Pál Lónyai, who has to “learn again” his Nissan after major modifications during off-season grabbed the last place of the virtual podium after racing steadily (and without any technical problems) all day long. Imre Varga had tyre problems: he tried a type he’d never used before but it turned out to be a bad decision. He was very happy having finished the day without any major problem as 4th. Newcomer to cross-country rallies, István Molnár has a truly adventurous first race in the Hungarian Championship. He had to cover all six stages of Saturday with a power steering that sometimes worked, sometimes not plus he couldn’t even see anything most of the day as he also had problems with the windscreen wiper of his Nissan. Strange, but after this all he’s still enthusiastic about the rally. 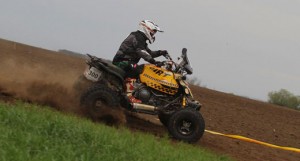 Among the bikes by the end of the first half of the day Hungarian Richárd Hodola took the lead from Italy’s Andrea Brunod who slowed down as he felt the tracks becoming too dangerous for bikes because of the mud. Brunod finally finished the day in 3rd place with a 11 minute road penalty, behind the two Hungarians, Richárd Hodola and Lajos “Laller” Horváth.

Among quads, defending European Champion Lukasz Laskawiec after a cautious start on Friday took the lead early in the Saturday specials and soon increased his advantage over four minutes. Behind the Pole, Hungary’s Zoltán Hangodi and Czech Tomas Kubiena fought for the second place with the Hungarian, last year’s runner-up in the European Championship, snatching the position from his Czech rival. Poland’s Lukasz Lewy clocked the 4th time in front of Hungarian Mátyás Somfai, winner of Friday’s prologue. 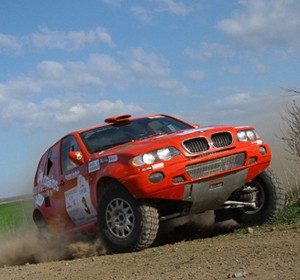 Among the cars Károly Fazekas, among the bikes Italian Andrea Brunod and among the quads Hungarian Mátyás Somfai were...
Copyright 2011-2016 Rallyraid.net - RISE Network. All Right Reserved.
Back to top