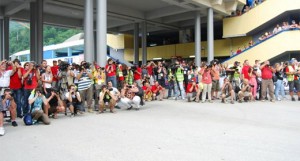 From July 7 – 13, the fourth edition of the international rally-raid, the SILK WAY RALLY, the 130 participants, including the top specialists in the sport, will line-up for the start in Moscow’s Red Square on July 7. They will head south on the 4000km route, which will include 2000km of timed sectors, for the finish at the sea side resort of Gelendjik, just a few kilometres from Sotchi on the Black Sea coast that will also host the 2014 Winter Olympic Games ! This fourth edition will have a large and important media exposure.

A record number of broadcasters for 2012

63 television networks will broadcast a daily 13-minute programme with a 52-minute highlight show following the event, assuring coverage in 197 countries.

Two of the most important news agencies, SNTV and EBU, will also and with no restrictions, distribute footage of the race.

The daily programme with a morning re-broadcast will be aired on the pan-European network EUROSPORT, as well as EUROSPORT 2 and EUROSPORT NEWS.

European and Central Europe will be particularly will served with notably RTBF and LIFE TV in Belgium, NDR and MDR in Germany, TV2 in Hungary, CT4 Sport in the Czech Republic, RTL 7 in Holland, TVE and RV3 Catalonia in Spain and RTP2 and RTPN in Portugal. In Turkey coverage of the rally will be aired by NTV and CNN TÜRK.

ESPN STAR SPORT and EUROSPORT ASIA serve some 30 Asian countries, in China, national network, CCTV will air a special programme covering the start of the race that will take place in Moscow’s Red Square.

Australian coverage will be provided by the SPEED-FOX SPORTS group.

In India, the NEO Sport channel will air the Silk Way Rally.

The rally will be aired on SPPED CHANNEL in the US, as well as Canada.

The SPEED network will use be used to provide coverage to Central and South America. FOX SPORT Brazil and TELLVISA will air the Silk Way.

In the Ukraine, national network INTER as well as AUTO TV and NEW TV will broadcast the event. 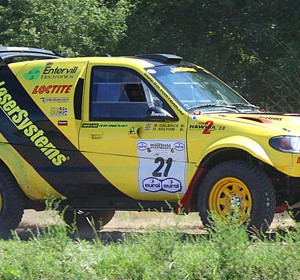 During the preparation for Baja Carpathia Sólyom Team took the HAWKIA to a test on the day before the journey. The test...
Copyright 2011-2016 Rallyraid.net - RISE Network. All Right Reserved.
Back to top