Under bright sunshine and perfect weather, Desafío Litoral competitors gave a great show in their arrival to Resistencia, the city that received the fifth stage of this exciting competition. This time, the drivers crossed a total of 292 kilometers with pure adrenaline. After that, they were received with applause by a crowd at the camp located in the capital of the province of Chaco. 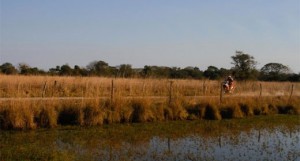 The penultimate stage of the competition had a lot of top stories in different categories. On one hand, today there wasn’t a KTM in the first place of the day because Mauricio Gomez  was the winner , while Nani Roma won Auto, Francisco Bartucci in Quads 4×2, Claudio Cavigliasso in Quads 4×2 and Juan Pablo Depetris in UTV.

The story of the day

Before starting the fifth stage, the category of Bikes had important news to discuss, since in the final hours of last night “Chaleco” Lopez made official his retirement after the engine problems he had during the fourth stage and also was confirmed a penalty of 11 minutes to Mauricio Gomez for speeding during the fifth special.

But despite this penalty, Mauricio “Paco” Gómez confirmed his great moment in the race by winning the stage and becoming the first Argentinean to reach this result in the category of two wheels. In second place and completing an outstanding 1-2 for Argentines finished Pablo Rodríguez, who reached his best finish in a stage in the competition

Meanwhile, today was not a good day for the KTM team riders. Cyril Despres suffered a broken rear tire of his bike 60 kilometers by the end, just when he was winning the special. The Frenchman had to wait the arrival of his teammate, Tadeuz Blazusuiak, who gave him his own rear wheel to finish the stage. Meanwhile, Jacub Przygonski suffered disadvantages in the gearbox of his bike and lost some time. Despite of all this, Despres still leading the overall qualification with a 3m 44s advantage over his teammate Jacub Przyigonski, while the third is Gomez after his victory of today.

In Cars, the Spanish Nani Roma could recover from the problems experienced yesterday and win the stage for more than three minutes over Terranova, who after all continues leading the overall qualification with an advantage of 28m 28s over Roma. Further back appears Boris Garafulic, Omar Gandara and Paraguayan Roberto Recalde, who leads the Dakar Challenge in the category. 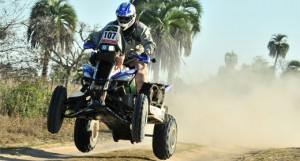 The category of Quads 4×2 was witnessed of a fascinating definition of this fifth stage, with three drivers locked in just 22 seconds. Bartucci Francisco won the day with 8 seconds of advantage over Gaston Gonzalez and Daniel Domaszewski finished third 22 seconds behind the winner. However, Sergio Lafuente, fourth on the stage, stills leading the overall qualification. Meanwhile, the other category of Cuads, the 4×4, is still dominated by Daniel Mazzucco, although today the winner of the fifth special was his teammate, Claudio Cavigliasso.

Finally, Juan Pablo Depetris repeated partial victory in UTV, the category where the Yoma Omar continues leading with more than 40 minutes ahead of his followers.

The last day of the Desafío Litoral, the shortest in terms of kilometers, will not be something simple but absolutely the opposite. The route is quite different from what was previously seen and it is almost unprecedented in Chaco.

The section of the competition on a sandy surface goes through a complex path full of palm trees, estuaries, and bridges over rivers which flow into the Paraná.

The first part is very attractive for a fast driving over fast and hairpin bends and then other bends that are slow and have great changes in the radius.

Ahead the road there is a scrub of palm trees that plow through a winding road that changes the course and the height so that the competitors make the last effort to make it.

Finally, there is a twisty area over a loose road which will add suspense to the end and will add the cherry on top of this competition that will expose the topography of the Litoral to the most. 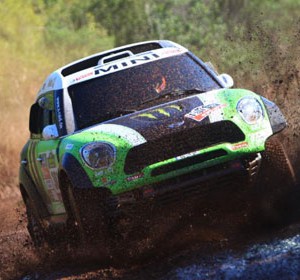 The Desafío Litoral competitors had to make a big effort to battle the difficult weather conditions that appeared on the second...
Copyright 2011-2016 Rallyraid.net - RISE Network. All Right Reserved.
Back to top