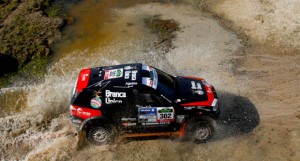 The Argentinean off-road rallying enthusiasts are virtually over the moon as their compatriot Orlando Terranova has won the Dakar Series event Desafio Litoral. The Argentinean secured this win together with his Portuguese co-driver Paulo Fiúza at the wheel of a BMW X3 CC, with Nani Roma (ESP) / Michel Périn (FRA) finishing second, in their MINI ALL4 Racing. By coming third, BMW X3 CC driver Boris Garafulic from Chile and his French navigator Gilles Picard completed the outstanding X-raid team result.

In nearly every special stage, the battle for the win turned out to be a duel between Terranova and Roma. The Argentinean got the upper hand in the first special stage but on day two, Roma struck back and finished first. Then, the third special stage had to be cancelled due to adverse weather conditions as the safety helicopters weren’t allowed to take off. And without these helicopters, holding such an event is not permitted. The fourth special stage, however, cost Roma dearly. The Spaniard encountered gearbox problems and lost some 30 minutes. On the following days, he again proved to be the quickest but nonetheless, closing the gap to Terranova slightly was the best he could do. Garafulic and Picard secured top-three positions throughout the rally and consequently also finished third in the overall rankings.

“I’m delighted that our three cars did well and made it to the finish,” said X-raid Team Principal Sven Quandt. “Orly delivered in great style but you also could see that the old engine of the BMW X3 has got a slightly higher horsepower output. And he benefited from this advantage, in some sections. But in the ‘courage stages’, Nani in the MINI ALL4 Racing came out on top.” 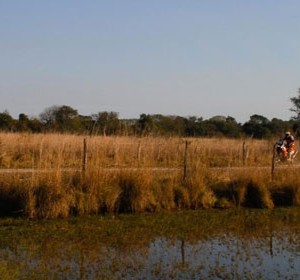 Under bright sunshine and perfect weather, Desafío Litoral competitors gave a great show in their arrival to Resistencia,...
Copyright 2011-2016 Rallyraid.net - RISE Network. All Right Reserved.
Back to top