For over 30 years now, the competitors of the Dakar have known the port of Le Havre, where they used to come to pick up the vehicles shipped from the capital of Senegal. But the Norman stopover has taken on an even greater dimension since the 2009 edition. It is here that (mostly European) vehicles are loaded onto the ships which will take them to South America ahead of the start of the rally. 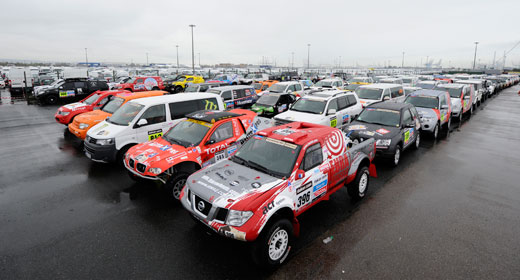 That the Dakar is a land of contrasts can already be seen on the docks of Le Havre port, where the competitors, mostly European, congregate ahead of a massive operation to load the vehicles on the freighter which will take them to Lima. X-Raid’s nine assistance trucks were already in front of the sentry box at the entrance in the early hours of Thursday. The keys of the six Minis and the BMW X3 which will take part in the rally have been entrusted to the team of mechanics and engineers who will make the last few tweaks. The defending champion’s team takes the Le Havre stopover seriously but as a mere formality, unlike others for whom making it to Normandy is already a victory unto itself. One of them is Manuel Lucchese, who smiles as he talks of his recent mishaps after a first Dakar plagued by problems: “I had a lot of trouble setting up my project this year and was unable to get my hands on a motorcycle until Tuesday”, explains the Bajas world champion (>450 cc). “I originally wanted to travel alone, but I found a fellow traveller on Facebook with whom I can share my van. It’s Davide Biga, a rider who became famous in Italy after going around the world on a Super Ténéré. We made it here on time, at 5 am!” A specialist of improvisation in the Italian tradition, Manuel spent the afternoon looking for new friends willing to carry spare parts in their trucks.

The romantic spirit of the rider from Verona (http://www.facebook.com/ManuelLucchesePage) also contrasts with the diligence and vigilance required to run technical checks on almost 700 vehicles (race, assistance, organisation, media, etc.) and then load them onto the Río Imperial. Over the next few days, the Dakar crew will count on the expertise of Haropa (Havre-Rouen-Paris), France’s leading port group, as well as the logistical know-how of the structure which orchestrates the loading and unloading of 365,000 vehicles on Le Havre’s ro-ro terminal every year. After visiting Hangar 121, where the pilots get the go-ahead once the safety material has been checked, the vehicles are placed in a parc fermé and come under the supervision of seventy drivers with great expertise in finding slots. The freighter will then be ready for its transatlantic voyage. It will first head to Central America to cross the Panama Canal and then sail along the Pacific coast all the way to Lima, where pilots and their vehicles will be reunited. Manuel will have made a few more friends by then… 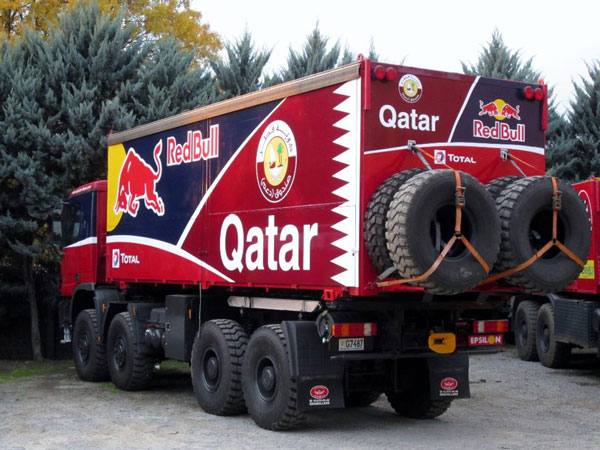 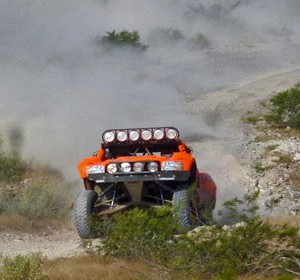 For the first time in his off-road career Robby Gordon watched the green flag wave on the 45 Tecate SCORE Baja 1000 from...
Copyright 2011-2016 Rallyraid.net - RISE Network. All Right Reserved.
Back to top