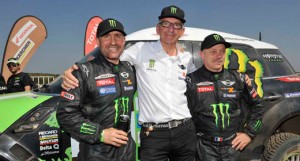 Reliability, consistency and perfection: features that don’t sound spectacular – but represented the basis for a spectacular triumph! After all, these were the features that enabled the Monster Energy X-raid Team to successfully defend its Dakar Rally title! In the green MINI All4 Racing, the two Frenchmen Stéphane Peterhansel and Jean-Paul Cottret celebrated their second consecutive Dakar win. With 14 stages in Peru, Argentina and Chile contested, they won the prestigious event with a 44:42-minute lead over Giniel de Villiers.

“It’s just incredible that we really succeeded in defending the title,” beamed Peterhansel. “We had to battle it out with numerous extremely competitive opponents but in the end, we were the ones who secured the win. Just as it was the case last year, the MINI ALL4 Racing ran perfectly. I have to thank the entire team that did a fantastic job – and not only during the past two weeks.” 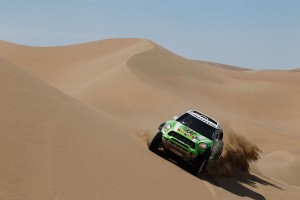 On the way to the triumph in the 2013 Dakar Rally, the Monster Energy X-raid Team succeeded in prevailing against a truly tough competition. And indeed: the one or the other proved to be faster, at times – but in the end, the MINI ALL4 Racing shone with other attributes that proved to be crucial: not a single time, on of the Monster Energy X-raid Team drivers had to stop due to a technical failure! Every evening and – if necessary – throughout the night, the crew perfectly prepared the cars for the challenges they would have to cope with on the following day. And with their calmness, consistency and experience, Peterhansel and Cottret made full use of the car’s and team’s potential to cross the podium in Santiago de Chile as Dakar winners. 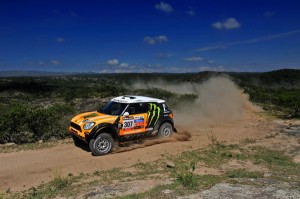 “I just can’t believe that we succeeded in winning the Dakar for the second consecutive time,” said Monster Energy X-raid Team Manager Sven Quandt. “Prior to the start, many people regarded us as favourites but you mustn’t underestimate your opponents. And in the opening stages of the event, our rivals demonstrated that they were determined to give us a hard time. In the end, however, our reliable MINI ALL4 Racing and our professional team enabled us to make it to the highest step on the podium.”

About 12 months ago, a major dream came true, for Team Manager Sven Quandt: the Monster Energy X-raid Team secured its maiden Dakar Rally win! Together with Stéphane Peterhansel, who celebrated his 10th Dakar triumph, the Trebur based squad had delivered in virtually perfect style. 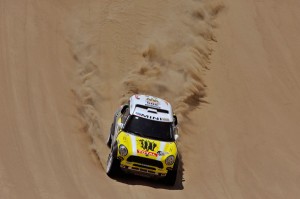 The Frenchman who was born on 06th August, 1965, in Vesoul, has been a true sportsman throughout his life. As juvenile, he won the French Skateboard Championship. Then, he fully focused on the Enduro sport and quickly celebrated his first successes in this sport, too. Following a TV feature on the Dakar Rally he began to dream about competing in this event – and in 1988, he made his first appearance in the desert rally, thus kicking off an amazing career. 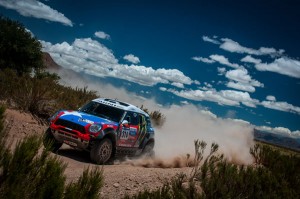 The MINI ALL4 Racing made his Dakar Rally debut in 2011. The small-ish racing car quickly thrilled the crowds but had to wait for some weeks before it secured its maiden win: courtesy of Peterhansel and Cottret, the MINI ALL4 Racing – still in a red livery, in those days – won the Abu Dhabi Desert Challenge. From the 2011 Silk Way Rally, however, green became the identifying feature of the two Frenchmen – and in the green MINI ALL4 Racing, they celebrated their two Dakar wins for the Monster Energy X-raid Team. 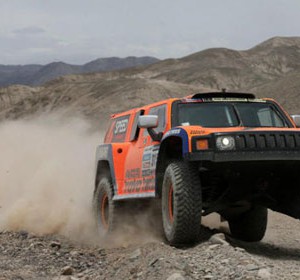 On the final day of the 2013 Dakar Rally, Robby Gordon and Kellon Walch set the pace to start Stage 14. However, the SPEED...
Copyright 2011-2016 Rallyraid.net - RISE Network. All Right Reserved.
Back to top