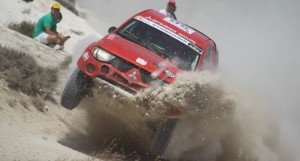 Spanish top drivers will try to retain the title in the mainland but at least two french teams will try to be the first foreigner to win the Spanish Championship. But they must fight against Lopez Collado, Zaragoza or Termens and with Josep Maria Servia and Fina Roman who won the 2012 edition of Baja Almanzora despite this being the first time they started together as driver and co-driver.

The race will start in Antas and the organizer has promised a though and complicated route for all competitors. The teams will fight against the clock, the dust and the heat for two days. Scrutinering will be on Saturday morning, at midday the Superspecial and after that the first stage. On Sunday the second and final stage and the price giving ceremony will be held. 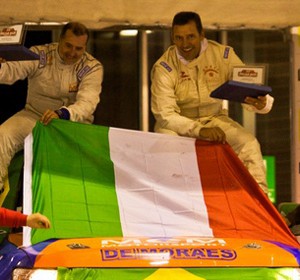 The Ralliart team, 2012 T2 World Champion wins the top of the league after the first leg of the FIA World Cup Cross Country...
Copyright 2011-2016 Rallyraid.net - RISE Network. All Right Reserved.
Back to top