Arab drivers and riders form the backbone of the entry lists for this week’s Sealine Cross-Country Rally, the next round of both the FIA and FIM World Cups, which starts on Doha Corniche on Monday evening at 6.30pm.

Host nation Qatar will be hoping to prevail in at least two of the three racing categories, with former Dakar winner and local hero Nasser Saleh Al-Attiyah starting as the firm favourite to win the car category in his powerful V8-engined Desert Buggy. Meanwhile, both Adel Hussein and Mohammed Abu Issa will be locked in battle with six other rivals in their quest to win the quad category. 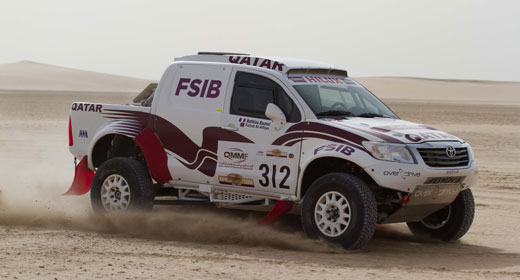 Faisal Al-Attiya was one of the sensations of last year’s event in his Toyota Hilux and the local driver has switched to a Hummer on this occasion and will be challenging for a podium finish with his experienced French co-driver Matthieu Baumel, himself a multiple winner of the Ha’il Rally in Saudi Arabia.

The United Arab Emirates will be well represented this year: Mohammed Al-Mansoori and Nabil Al-Shamsi lead the Emirati car contingent in a pair of Nissans and the experienced Yayha Al-Helai continues his passion for desert rallying with late replacement co-driver Khalid Al-Kendi. His son Mansour also features on the entry list with co-driver Ali Mirza. Khalid Al-Jafla completes the UAE car contingent. 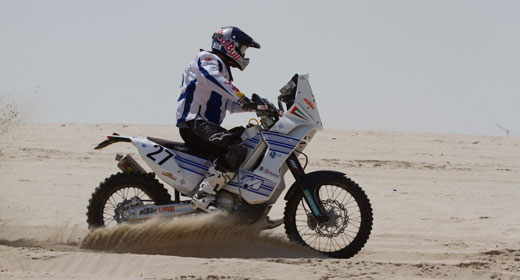 Obaid Al-Kitbe tops the UAE challenge in the quad section with his Honda TRX700 XX, but both Atif Al-Zarouni and Mohammed Al-Shamsi are experienced desert competitors and are sure to provide a stiff test for Kitbe and the two Qatari entrants.

While Spaniard Marc Coma starts as the top seed in the motorcycle category, Emiratis Khalid Khamis (Honda CR 450) and Mohammed Al-Balooshi (KTM 450) and Qatari Nasser Al-Mansouri (KTM) would love to upset the form book and finish among the leading international riders who are visiting the State of Qatar to score points on this second round of the FIM Cross-Country Rallies World Championship.

The route for this year’s Sealine event is the most ambitious ever untaken by officials at the QMMF. Under Portuguese clerk of the course Pedro Almeida and a team of local officials in Qatar, competitors will face four daunting desert legs on Tuesday through to Friday in one of the most compact FIA events in history.

“We are delighted with the route and the compact and challenging format that our team has devised,” enthused QMMF president Nasser Khalifa Al-Attiyah. “We have picked up on several of the suggestions that were made to us after our first Sealine event last year and introduced many little tweaks to make sure that we stay at the forefront of cross-country rallying.”

Administration checks, scrutineering, the initial briefing and the pre-event press conference for the Sealine Cross-Country Rally will take place at Losail International Circuit, north of Doha, tomorrow (Sunday) and on Monday, April 22nd.

The ceremonial start will then get proceedings underway on Doha Corniche on Monday evening and the first of the four desert legs begins on Tuesday, April 23rd. Action draws to a close on Friday, April 26th. 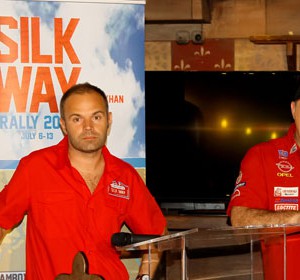