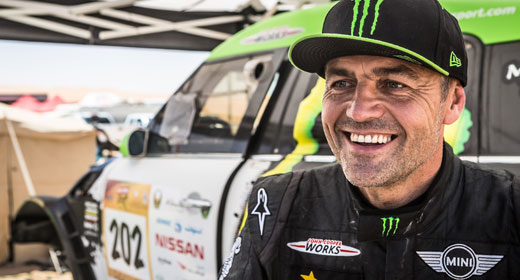 Just a few days ago, the Monster Energy X-raid Team celebrated a major success by securing the win and fifth place in the Abu Dhabi Desert Challenge. But there is nearly no time for a breather: as early as in the coming week, the team will have to once again demonstrate its competitiveness – in the third round of the FIA Cross Country Rally World Cup. Poland’s Krzysztof Holowczyc and his German navigator Andreas Schulz will contest the Sealine Cross Country Rally (23rd to 26th April) held in Qatar with their MINI ALL4 Racing.

The competitors will have to complete four stages. Over the course of the event, they will cover a total mileage of 1525.11 kilometres, with the special-stage distance adding up to 1500.91 kilometres. Other than in the Abu Dhabi Desert Challenge where the drivers had to solely cope with sand an dunes, the event in Qatar also features hard and rocky sections.

The service park for the work prior to the start into the event – that also will be the venue of the administrative checks and the scrutineering – will be located at the Losail International Circuit, to the north of the capital, Doha. For the start of the rally, on 23rd April, the teams will move to the bivouac located south of Doha. The bivouac will be the venue of both start and finish of the liaison sections to the respective special stages.

“Just a few days have gone by since the rally in Abu Dhabi and now, we have to be fully focused for Qatar,” says Monster Energy X-raid Team Manager Sven Quandt. “Krzysztof delivered in fine style, in the rounds so far, and I am convinced that he will be able to also do so in Qatar. With Schlesser, we once again have to battle it out with a highly competitive opponent, this year, and we will have to work hard for outpacing him in the battle for the necessary points.” 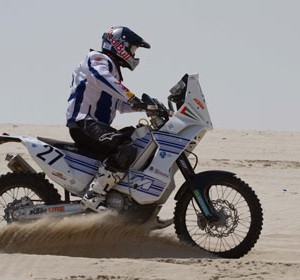 Arab drivers and riders form the backbone of the entry lists for this week’s Sealine Cross-Country Rally, the next round...
Copyright 2011-2016 Rallyraid.net - RISE Network. All Right Reserved.
Back to top